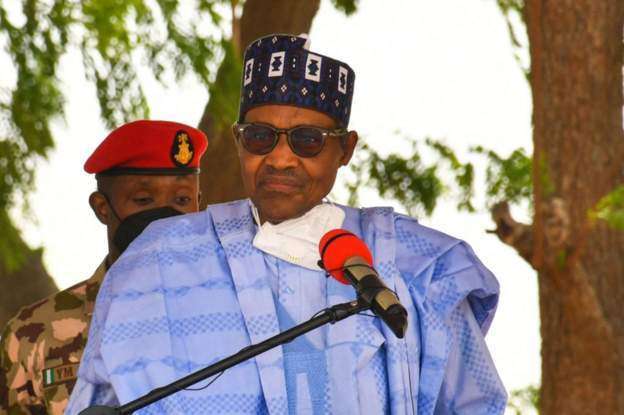 At least 10 of Nigerian President Muhammadu Buhari’s ministers have resigned following his directive to all his appointees to quit if they intend to contest elections.

Some of the ministers want to replace him in the presidential palace while others are interested in becoming senators or state governors.

Mr Buhari is due to step down next year after two terms in power.

In a speech, Mr Buhari thanked the outgoing ministers for their sacrifice and “invaluable services” to the country and wished them success in their future endeavours saying they had worked ‘’with dignity and honour’’.

President Buhari acknowledged that the mass resignations of the ministers had “undoubtedly created a vacuum”. But he said new appointments would be made “without delay”.

The ministers then thanked him for giving them the opportunity to serve, with their spokesperson and outgoing minister for Niger Delta affairs, Godswill Akpabio describing working with Mr Buhari as a “fantastic and knowledgeable experience”.

Among those who have left office include the ministers for transport and education as well as the attorney general.

Admin - March 29, 2021 0
The police have called for sanity on the roads to help decrease the carnage as records show that accidents in Ghana have...
General News

Admin - April 9, 2020 0
The National Health Insurance Authority (NHIA) has made substantial payments to service providers to reduce the outstanding claims due them.
General News