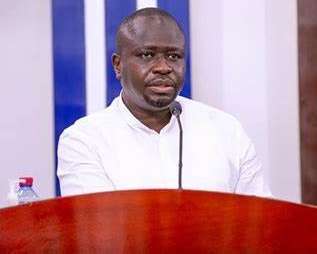 However, like any Census activity, additional days are likely to be given for mop up in large enumeration areas -such as the Greater Accra, Central, Eastern and Western regions, the GNA gathered.

Prof Samuel Kobina Annim, the Government Statistician, said an initial mop-up window would be explored from Monday July 12, to Sunday July 18, 2021, towards ensuring that all persons were counted.

“The Statistical Service is deploying targeted interventions, such as the deployment of support enumerators, and engagement with opinion leaders and community members to speed up the pace of work in these areas,” Prof Annim told the Ghana News Agency in an interview.

Data on the server, as at the ninth day of enumeration, he said, indicated that 56.6 per cent of the expected households had been enumerated nationwide.

He said 60 percent or higher of the households expected to be enumerated had been covered in 12 out of the 16 regions.

Though efforts were being made to cover those places described as “large enumeration areas ” on schedule, given the current completion rate, more days would be needed to complete the exercise there.

The Government Statistician said a Census exercise was always characterised by mop-ups and stated that the GSS was confident that the exercise would be completed within the stipulated time, except for pockets where some challenges would delay the completion.

On the overall progress, nonetheless, Prof Annim stated that, “The exercise has been smooth so far.”

He attributed the feat to effective systems for monitoring such as the enumeration tracking dashboard, having key personnel on the ground like Field Officers, District Data Quality Management Teams, National Monitors and International Observers, and seamless transition from listing to enumeration, and identification of areas needing support for completion of listing.

The Service, he said, had put in place several real-time data monitoring and field supervision mechanisms towards the achievement of the of 2021 PHC slogan: “You count, get counted!”

“The aim is to achieve complete coverage and quality data to ensure that no one is left behind.”

The support of the public, he said was, therefore, required to complement the efforts of the officials and appealed to the populace to call the Census Call Centre and report if their structures had not been listed; or they had not been enumerated.

The Government Statistician said the call centre would be available after the exercise had officially ended for persons who may have been missed to call and report and provide their location for enumeration.

On the challenges being encountered by enumerators, Prof Annim mentioned the inability to meet respondents during daytime due to work related activities; and flooding, which was preventing enumerators from accessing some communities, especially overbank areas.

Others are the discovery of extinct and emerging localities, challenges of synching data, accidents involving field officers, refusal of residents to participate in the exercise due to boundary disputes and disgruntlement with the government or specific public sector agencies.

The Government Statistician, consequently, urged persons who were refusing the count to reconsider their decisions.

“The Census is an all-inclusive national exercise that will generate the data to be used for research, policy, and planning,” he emphasised.

He said a Census was the only national activity that gave every single person in the country a voice, adding, “For the next 10 years, the information from this Census will determine how our nation’s resources will be used.”

“When people and communities are missing from the Census, resources that should be assigned to them are given to others that are counted. Therefore, all persons who spent the Census Night in Ghana should endeavour to be counted,” he stated.

Prof Annim advised people in areas with boundary disputes to participate in the exercise, assuring that the Service would report the population of such areas with a footnote to indicate that there was a boundary dispute for redress.

He appealed to all to avail themselves for the exercise, make time for the enumeration and answer all the questions across the 10 modules in the questionnaire because the achievement of complete coverage was a shared responsibility.

The 2021 PHC will provide important information to support evidence-based implementation of the national development agenda and support the tracking of achievements of the Sustainable Development Goals and Agenda 2063 of the African Union.

The information being collected cover the following:

1. Travel history of household members who have migrated abroad

6. Ownership and usage of ICT devices

8. Deaths of household members within the past 12 months

The CustodianGh Online - May 14, 2020 0
The Ministry of Tourism, Arts and Culture has clarified that drinking bars and night clubs should remain closed, as part of efforts...