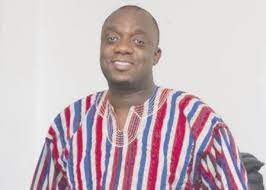 The General Secretary hopeful in the upcoming National Delegates Conference of the New Patriotic Party (NPP), Lawyer Justin Frimpong Koduah, has been tipped to win about 80% votes of the 18 constituencies in northern region.

According to Mr. Haruna Mohammed, a Campaign Coordinator for Lawyer Koduah in the northern region, change is imminent and that the former NPP Ashanti Regional Youth Organizer is ready to take over the mantle to bring significant reforms that would engineer the chances of the party winning the 2024 general elections.

As a result, the northern sector in his estimation would effect change on Saturday (July 16, 2022) in respect of the General Secretary of the party.

“I don’t expect Lawyer Justin Koduah to get less than 80 per cent in the northern region, there is no single constituency that we will loss; I am saying this on fact.”

In an interaction with THE CUSTODIAN in Tamale, Mr. Haruna Mohammed, stressed the people of Northern Ghana have always held the party’s tradition high and consistent their resolutions have always been apt and suitable for the interest of the NPP.

“Northern Ghana are people of high respect, people that believes in the tradition of the New Patriotic Party. The first NPP was formed from Northern Ghana and that’s why we have the likes of Dombo, Tolon Naa Tali and J.H Kaleem and all these people – they were very much like-minded people. We have always believe in ourselves and our resolutions and the resolution of the people in the northern sector is to go and effect change to the administrative power of the party” he stated.

The Northern Regional Director of the Youth Employment Agency (YEA) says the NPP constituency is supreme and any amount of intimidation in the contest would be resisted.

He maintained the elections would be won based on the dictates of the NPP constitution and warned that, “Nobody should sit down and thinks any intimidation against us by anybody, be it military or police, we fear but only the party’s constitution.”

Mr. Koduah is contesting the General Secretary position with incumbent John Boadu and former Mayor of Tamale, Musah Iddrisu Superior among others.

Okyeame Kwame Lists 9 Things He Wishes Was Taught In School