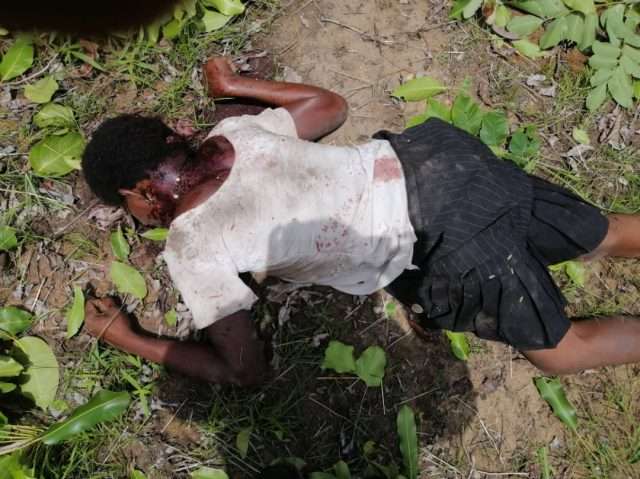 The Sawla District Police in the Savannah region have arrested a 35 year old suspect, Kpeyiri Neiba for allegedly killing his 50 year old cousin, Janet Ansaaku, at Uro-Mekaa near Kalba.

The police visited the crime scene and found the deceased lying in a prone position with deep cut on the head in a pool of blood after they had received a complaint about the incident on Thursday, 27 May, 2021.

The police photographed the body and deposited it at the Sawla district hospital for autopsy.

According to the police, the suspect during interrogation confessed of committing the crime because the deceased failed to marry him.

The suspect is still in police custody assisting in further investigation for prosecution.

THE CUSTODIAN understands the body has been released to the beavered family for burial.

Manage Your Expectations – John Boadu To 715 MMDCE Applicants In North