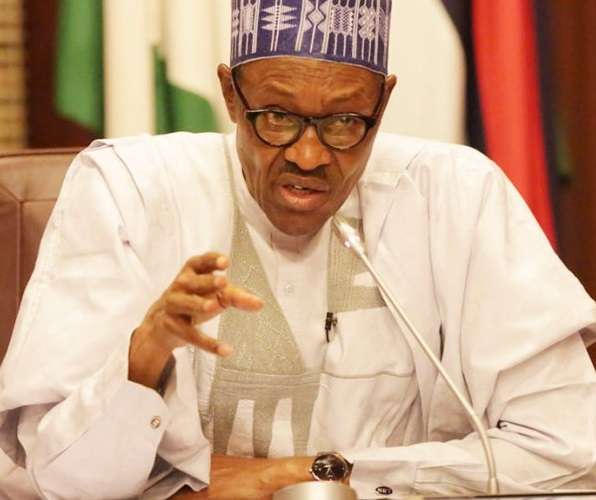 Nigerian President Muhammadu Buhari is pushing lawmakers to let him add an unpaid $50 billion overdraft from the central bank to the country’s public debt pile despite concerns about the legality of the borrowing.

The outgoing head of state has asked the Senate to approve his plan to convert 22.7 trillion naira ($50.4 billion) in advances from the Central Bank of Nigeria into bonds that will be repayable over decades.

The move would immediately boost the country’s official debt load by more than half, propelling Nigeria’s debt-to-GDP ratio toward the 40% limit set by the administration.

The International Monetary Fund and World Bank already include the central bank loans in their calculations of Nigeria’s debt stock.

The overdraft is more than the total debt of Ghana or Bahrain, and more than twice that of Tunisia or Iceland.

The matter was expected to be near the top of the agenda when Senators resumed work on January 17, 2023 almost three weeks after the upper chamber suspended a rowdy emergency session to consider the president’s request

Spokesmen for Buhari and the CBN didn’t respond to requests for comment.

The central bank can provide temporary financing to the federal government, but Buhari’s administration has disregarded a law restricting outstanding loans to 5% of the previous year’s budget and mandating that the funding be repaid within the same financial year.

Between the president’s arrival in office in May 2015 and last October, the outstanding balance of so-called “ways and means advances” exploded nearly 30-fold from 790 billion naira to 23.8 trillion naira, according to CBN data.

Advances in the last three years exceeded 100% of the government’s revenue during the preceding years.

A spokesman for Finance Minister Zainab Ahmed said the government had to wait for the passage of legislation in December 2021 before it had “the legal basis for formally repaying” the loans “through securitization.”

He didn’t answer a question about whether the overdraft was illegal.

At the inconclusive Senate meeting on Dec. 28, some lawmakers demanded more information about how the government has spent the money and challenged the legal basis of the financing. Buhari has said their refusal to endorse the plan — which halves the interest rates to 9% and extends the repayment period over 40 years — would cost the government an additional 1.8 trillion naira this year.

The country “stands to lose significantly” if the Senate declines the president’s proposal, the finance minister’s spokesman said.

The government spent 1.64 trillion naira paying interest on central bank loans in the first 11 months of last year, equivalent to a quarter of federal revenue over the same period, according to data published by Nigeria’s Budget Office.

Under Buhari, Nigeria’s total public debt had almost quadrupled to 44 trillion naira in September. Assuming lawmakers sign off on the president’s plan, that figure will officially reach 77 trillion naira by May, according to a forecast by the Debt Management Office.

The DMO raised Nigeria’s debt-to-GDP ratio target from 25% to 40% in 2021 “in anticipation” of the legislative approval being sought by Buhari, DMO Director General Patience Oniha said in an email. The IMF estimated last February that the ratio will hit 43% “in the medium term.”

Any reaction from international markets “could be muted as the securitization of the ‘ways and means’ debt had been expected for some time,” according to Samir Gadio, head of Africa strategy at Standard Chartered Bank in London.

“Perhaps the most important point for investors is that ‘ways and means’ financing does not re-emerge in the future,” he said by email.

Buhari hopes to secure consent before polls to elect his successor next month.

“There’s no choice but for the debt to be repaid and the Senate should, in the overall national interest, approve the best lawful manner of doing so,” Kingsley Moghalu, a CBN deputy governor from 2009 to 2014 who heads an Africa-focused economic think-tank, said by email.

But lawmakers should “condemn this fiscal rascality and stress that its approval should not be considered as a precedent,” Moghalu said, adding that the “illegal lending” has “contributed hugely to Nigeria’s current inflation problem.”

Senate President Ahmad Lawan has said that while he will try to pass the bill, the government needs to provide more documentation before a decision can be taken.

Nigeria spent 80% of its revenue on servicing debt last year and the International Monetary Fund (IMF) predicted the government will soon not raise enough income to cover those obligations.

There has been “a complete absence of restraint” by the government and “complicity on the part of the CBN in allowing such activities to go on unchecked,” Vahyala Kwaga, senior researcher at BudgIT, a Nigerian civic group that tracks public expenditure said

Endorsement of the proposed restructuring “will allow us to have our full debt stock recorded,” Dele Afolabi, director of the portfolio management department at Nigeria’s Debt Management Office, said during a webinar on Jan. 6.

Akufo-Addo Is A Trusted Man-Prang Chief