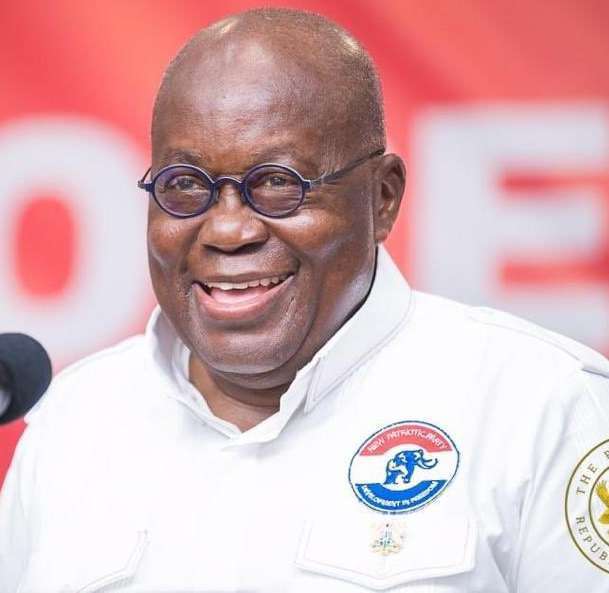 President Nana Addo Dankwa Akufo-Addo has expressed his gratitude to organised labour for agreeing to the terms for the payment of the Cost of Living Allowance (COLA).

Organised Labour had demanded 20 percent COLA to cushion public sector workers as a result of the current economic challenges facing the country, leading to an industrial strike.

Addressing the New Patriotic Party (NPP) national delegates conference at the Accra Sports Stadium on Saturday, President Akufo-Addo said the agreement which has subsequently led to the suspension of the industrial action by the labour unions is proof that, government places value on the interest of the Ghanaian worker.

“I want to say big thanks to organized labour for reaching this agreement. Because it then demonstrates also the concerns our party has, always had and will continue to have for the concerns of the workers and the people of Ghana”, he said.

He also parted government on its shoulder for not cutting workers’ salaries during the height of the COVID-19 pandemic, thereby ensuring job security during the period.

“On the contrary, not only were they paid in full, they also had their jobs protected, we went further to make it possible to organize free water free electricity, for the ordinary people of our country. That is the measure of the concern of the New Patriotic Party for working people in our country,” he said.

Speaking on the economy, President Akufo-Addo assured Ghanaians that his government will negotiate a good deal with the International Monetary Fund (IMF) to build a stronger economy.

“I want to assure you and assure the people of Ghana that we are going to negotiate a good deal with IMF.

“A deal that would allow us to revive our economy and to continue the task of building an even stronger economy than we had ever”, he stressed.

On 1 July 2022, President Akufo-Addo authorised Ofori-Atta to commence formal engagements with the Fund for balance of payment support as a result of global crises including COVID-19 pandemic and the Russian-Ukraine war.

President Akufo-Addo indicated that Ghana is in the position to implement a good arrangement with the IMF.

“We will be in a position not to negotiate, but implement a good arrangement. We have a tradition of taking Ghana out of difficulties.

“We took Ghana out of HIPC, we took Ghana out of the derailed IMF programme of 2015. Our party was the one that made it possible, for us to survive the COVID pandemic with one of the lowest mortalities, of any government or any country, everywhere in the world. We have done it before and believe me we are going to do it again.

“At the height of the pandemic, when people had to stay at home, no single worker in the public sector was dismissed, no salary cuts. On the contrary, not only were they paid in full and their jobs protected, we went further to make it possible, to organise free water, free electricity for the ordinary people of our country.

“Our responsibility is to confront the difficulties that are confronting our people and find an effective solution to it. And that’s exactly what we are going to do. We came to office under an IMF programme, a derailed IMF programme, which we inherited from the Mahama administration,” President Akufo-Addo added.

Ghana Gets $69m Grant From ADB Group For COVID-19 Fight

Man Arrested For Selling Shea Butter As Cure for COVID-19