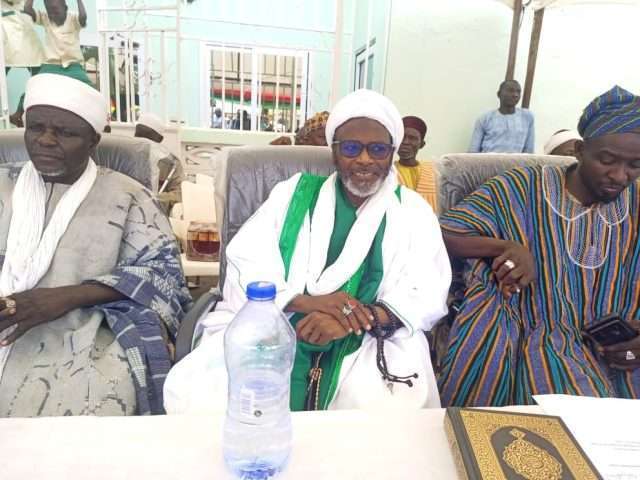 The Amriya Basic Islamic School last weekend held its maiden graduation of students in Quran Studies in the Tamale Metropolis.

The ceremony was held at the Hausa Zongo Central Mosque where a total of 26 students graduated comprising 13 male and 13 female students.

The Zongo Chief of Northern Region who doubles as leader of the Shia, Sheikh Abdul Mumin Dallhu, said the youth must take the Islamic studies and the teachings of the religion very seriously.

He also urged parents and guardians to ensure their wards acquire knowledge in both circular and Islamic education, emphasizing it is equally important for parents to invest resources in their wards to study.

“Parents should give to their children with all the necessary support to study the Quran and norms of the Islamic religion” he emphasized.

He therefore implored the graduates to frequently rehearse scriptures of the Quran and empower themselves with more knowledge in the Quran as remains the surest way to their predicament in life and hereafter.

Meanwhile, the Headmaster of the School, Mr Salifu Shiraj, thanked parents and all stakeholders who participated to make the ceremony successful.

He noted the school has transformed over the years after it was established by the late Zongo Naa Yahaya and later managed by Alhaji Awudu Yahaya until the current Zongo Naa Abdul Mumin Dalhu took over the helms of affairs.

Mr. Salifu indicated plans are underway for the expansion of the school infrastructure and branches in other parts of the metropolis and also expand the circular education from the current status to primary six.