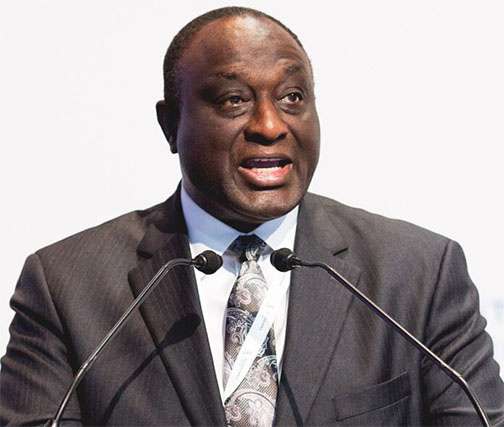 I have followed with considerable interest your nationwide broadcast to Ghanaians on the eve of Tuesday, January 10, 2023, and wish to commend you largely for your boldness, particularly on your decision to resign from the Akufo-Addo government to pursue your age-long presidential ambition. By way of introduction, I am Nana Osei Boateng, a polling station executive of the NPP in the Ejisu Constituency of the Ashanti Region.

Like every other committed member of the NPP, I am so passionate about my Party’s quest to ‘break the eight’ by winning the 2024 general elections. I am optimistic that it is doable subject only to how we conduct our affairs as Party people. We expect our leaders including your good self to rise above their interests and prioritize that of the collective. The NPP cannot ‘break the eight’ if there is no DISCIPLINE in the Party. This is the basis for my open letter to you, and I shall proceed accordingly.

Hon. Alan Kyerematen, you are very much aware that to maintain discipline and sanity in the Party particularly ahead of the flagbearership contest, the NPP’s National Council, the second highest decision-making body of the Party, formulated a CODE OF CONDUCT to regulate the conduct of all Party members. In particular, the Code, which is STILL IN FORCE, does not only prohibit early campaigns, but also the making of public statements on the propriety of any prospective presidential candidate until the Party decides otherwise.

You are also aware that Article 3(5)(4) of the NPP Constitution enjoins all Party members “to abide by and publicly uphold decisions of the Party”. Failure to do so, which you are aware of, constitutes MISCONDUCT, which is in breach of Article 4(7) of the Party Constitution.

Then, why have you chosen, not only to DISREGARD the Party Constitution, but also the clear directives of the National Council? Is your political ambition greater than the interest of the NPP? And if you win the flagbearership contest and become the leader of the Party, will you expect your decisions to be respected by ordinary Party members?

Was it you, Alan Kyerematen, speaking on the eve of Tuesday? I still cannot believe you could run down your government in the manner you sought to do. At some point, I thought I was listening to Johnson Asiedu Nketiah of the NDC. You very well know that we, the Party footsoldiers, always do the ‘donkey job’ to win elections for persons like you to be appointed as Ministers of State.

Is that how you intend to reward us for our hard work? For those of us who have not been lucky to get appointments under this government and are hoping that we would be lucky in the next NPP government, why are you dashing our hopes?

You have, by your conduct, given me reasons to agree with many Party people who had cause to question your commitment to the Akufo-Addo administration despite heading the Trade and Industry Ministry, which is the fulcrum around which our national economy revolves.

Why haven’t you ever spoken publicly in defense of your government’s record, particularly during times of crisis? Where was your so-called Great Transformational Plan (GTP) which you now claim is the only solution to Ghana’s developmental conundrum?

As then Trade Minister, where were you when traders took advantage of the economic crisis to exploit consumers by increasing the prices of goods unconscionably resulting in galloping inflation? Why didn’t you employ effective tools including moral suasion to get the traders to do the needful? Why were we paying you as Trade Minister? Or, you only wanted other Party people to ‘dirty themselves’ for you to take credit when it suits you?

And today, you have the moral authority to insult all those talking in defense of our government records. We are a government of ‘No Action Talk Only (NATO)’ indeed. Well, since you claim to be an action man, why don’t you tell us the actions you took as Trade and Industry Minister to resolve our economic challenges for the many years you served as a key member of the Economic Management Team? Please, don’t mention 1D1F because we all know that until recently the 1D1F secretariat was under the Office of the President and not the Trade Ministry.

Did you also criticize the size of the Akufo-Addo government? Wow! When did you come to that realization? And when you came to that realization, I thought as a matter of principle, you would decline the appointment or resign forthwith so that the size of government, will, at the minimum, be reduced by one. I thought that is what men of principle do.

How can you stand up to the NDC? It is not surprising that you enjoy a lot of support from our NDC friends. Why have you failed to show leadership when it mattered most, in times of crisis? I thought leadership is not about titles but about solving problems. Need I remind you of one of the popular quotes of Martin Luther King Jnr, who once said that “the ultimate measure of a man is not where he stands in the moments of comfort, but where he stands at times of challenge and controversy”.

Respectfully, Hon Alan Kwadwo Kyerematen, until you can answer these questions and adequately respond to the concerns I have raised above, you are not deserving of my vote as a delegate in the upcoming presidential primaries of the Party.

I will vote for the party interest; party discipline; party unity; party commitment and party progress. I also call on my colleague delegates to do the same, because the interest of the NPP must, always, prevail over the individual political ambitions of party members. Need I say more?

NHIS Staff Commended for Hardwork and Commitment to Duty