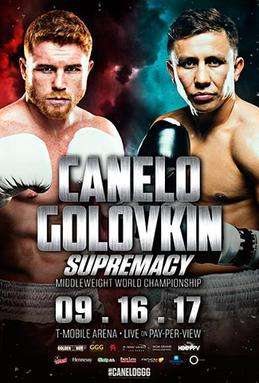 On Sept. 17, Canelo Alvarez and Gennadiy Golovkin will face off for a third time. With the series at 1-0-1 in favor of Canelo, Golovkin is ready to prove he can take down the 31-year-old superstar. On the line will be Canelo’s WBA, WBC, IBF, WBO, and The Ring super-middleweight titles. The fight will take place inside the T-Mobile Arena in Las Vegas.

In his last fight, Canelo lost to Dmitry Bivol for the WBA light-heavyweight title.

Golovkin made his pro debut in 2006. He became WBA (first interim, then official) middleweight champion in ’10 and IBO champion in ’11. The king of the middleweights beat the likes of David Lemieux, Kell Brook, and Daniel Jacobs before facing Canelo. Since ’19, Golovkin has won four in a row. He won the IBF and IBO middleweight titles against Sergiy Derevyanchenko in ’19.

After two years away from the ring, Golovkin fought Ryota Murata in April. Golovkin won via TKO in the ninth round to win the WBA (Super) middleweight title.

Canelo and Golovkin first fought in 2017. The bout ended in a controversial split decision draw. They competed in a rematch in ’18, which was delayed by a few months after Alvarez tested positive for the banned substance clenbuterol. Canelo won via majority decision. Recently, Canelo signed a two-fight deal with DAZN and Matchroom to fight Bivol and Golovkin.

Road Infrastructure In My Time Is Unmatched – Akufo-Addo