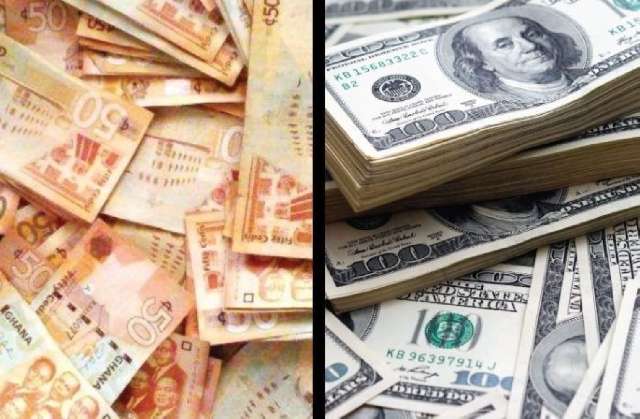 The Ghana cedi appreciated by 0.4% to the dollar in the first five months of this year, according to data from the Bank of Ghana.

It also increased in value to the euro by 1.0%, but depreciated by -3.3% to the British pound.

However, since the cedi is pegged to the dollar as the main currency for foreign exchange transactions, the appreciation of the cedi to the dollar comes as a good omen to the economy.

The cedi’s strong performance has been attributed to the Bank of Ghana’s Forex Forward Auction which ensures there is adequate dollars in circulation, a diversified export commodities and reduce imports

Many research institutions and analysts have projected a favourable performance of the cedi to the dollar by the end of the year, similar to last year.

Fitch Solutions said it expects the cedi to lose just about 3.1% of its value against the dollar in 2021, unless something untoward happens.

Recent forex auctioning by the Bank of Ghana indicates a surge in demand for the American currency.

However, analysts believe the Bank of Ghana has sufficient forex reserves to deal with any increase in the demand for the dollar.

Currency Analyst and Fund Manager at IC Securities, Derrick Mensah told Joy Business the cedi has benefited from a healthy reserve position of the Bank of Ghana, coupled with other factors.

“Our view is that the cedi is likely to hold steady going forward mainly because of the dollar inflows that we’ve received, following the earlier Eurobond auction. I believe that the Central Bank currently has a healthy position of reserves in foreign currency. The last time I checked I think it was 4 months of import cover”, he said.

Currency Analyst and Senior Economic Analyst at Databank Securities also said the cedi remains very well anchored despite the uptick in forex demand, adding the market remains calm and investors are not fretting over the uptick in demand.

“We typically see this increase on the spot market arising from unmet demand at the bi-weekly FX forward auctions. But this tends to diminish with time because there’s sufficient amount of supply coming through from the Bank of Ghana on the spot market in addition to inflows from offshore investors”, he noted

9.1% Of Agribusinesses Closed Down During Lockdown – Report