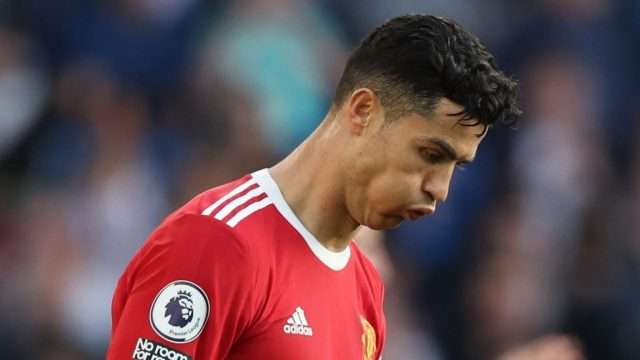 Cristiano Ronaldo has been banished from training with the rest of his Manchester United team-mates, the UK Independent reports.

The Premier League has already confirmed Ronaldo will not be part of Erik ten Hag’s squad to face Chelsea this weekend.

However, it is understood the 37-year-old won’t train alongside the first-team players for the rest of the week.

Ronaldo stormed off into the Old Trafford tunnel as United beat Tottenham Hotspur 2-0 on Wednesday night.

Ten Hag promised he would “deal” with the matter on Thursday and the decision to punish the five-time Ballon d’Or winner was fully backed by the club.

Amid his banning from training with the squad, there are already doubts that Ronaldo would ever play for the Red Devils again.

MMA: UFC Releases Francis Ngannou And Strips Him Off Title

Pele Passes On At 82

3 Arrested In Connection With Murder Of Woman At Sefwi Bekwai