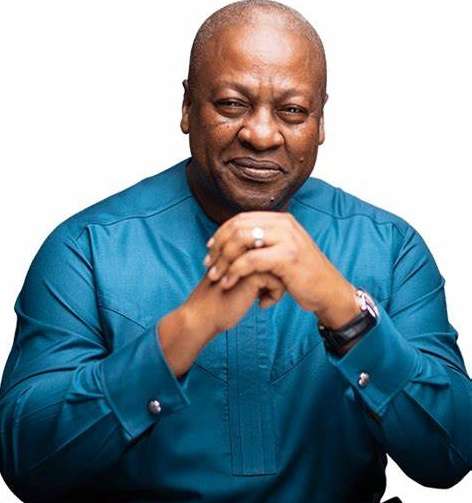 The Ghanaian electoral geography and its accompanying political party variations over the last three decades has almost successfully reversed the public image of the National Democratic Congress (NDC) and the New Patriotic Party (NPP) as the party of the Ewes and the Ashantis respectively.

However, close examination of election results since 1992 reveals that ethnic-based regional cleavages show much more complex varieties of electoral support for the two major parties, especially in light of fragmentation and concentration.

Regional party strengths have shifted from election to election, and it was just such shifts that made the party alternation possible in the year 2000, 2008 and 2016.

Let me re-emphasize the point that ethno/regional variations will continue to sustain our national two-party system for a long time to come.

Having said that, let’s look at the historical performance of both NDC and NPP in the Ashanti Region. Don’t forget that Ashanti region is the largest region in Ghana now, with 47 constituencies.

Fast forward to 1996, NDC’s Jerry John Rawlings won re-election on the strength of his performance in the Ashanti Region. He garnered 412,474 representing 32.79%, while J.A. Kufuor of the NPP pulled 827,804 votes representing 65.80% of the total votes combined.

From the above data, you can see clearly that the political dynamics in Ashanti Region is very diverse and complex. The NDC in recent times has done way below average in the Ashanti Region – The party’s votes dwindled from 32.87% in 1992 to 26.08% in 2020.

It should be pointed out that apart from Rawlings who pulled little over 32% in 1992 and 1996, no other NDC presidential candidate has crossed the 30% mark in the Ashanti Region. And we know too well that Rawlings had a very prominent Ashantis in his corner – Nana Konadu Agyeman-Rawlings, P.V. Obeng, Daniel Ohene Agyekum, Nana Akwasi Agyeman and Nana Akuaku Sarpong readily comes to mind. So yes, we can all conclude here that when the NDC had prominent Ashantis in the frontline with Rawlings, the party did well in the Ashanti Region. Which is why it is important for the NDC to take a cold, clear-eyed look at its failings in 2016 and 2020, and then look over the voter demographics, and renew itself. The party needs to rethink its outreach and, to an extent, bring in a softer, more approachable face, hopefully an Ashanti, in order to appeal to a fast-changing and steadily slipping away electorate.

The thing is, on a good day, the NPP votes in the Ashanti region alone can wipe out all of NDC’s gains in its traditional strongholds – Volta, Northern, Savanna, Upper East and Upper West Regions.

While the Ashanti Region plus one or two other small regions could win the presidency for the NPP, the NDC needs to win its traditional strongholds plus the swing regions of Central and Greater Accra to win the presidency.

As the 2020 autopsy report shows, demographics are changing – and the ability to connect with voters is a necessary item on any general-election checklist. That’s why it is important for the NDC to settle on someone who can win critical swing regions, especially where Mahama failed to deliver in 2020.

Believe it or not, the potential candidature of Dr Bawumia as NPP’s candidate in 2024 means the NDC can’t win northern Ghana, and it also means that the party must field a candidate with the potential to cut the NPP to size in the Ashanti Region. There’s no way the Ashantis will reject their own and vote for Dr. Bawumia when there’s an Ashanti on the NDC ticket.

To put it bluntly, the NDC needs to break the back of the elephant in its own backyard – This is not about any individual candidate, no it is not, there are qualified people all over the place, but for strategic reason of winning the 2024 elections the NDC must necessarily have an Ashanti on the ticket.

In actual fact, based on what I saw as the NDC’s weaknesses in 2020, and Ghana’s changing demographics, the successful presidential candidate in 2024 ought to be someone who can offer a specific and persuasive agenda to appeal to the economic anxieties of the good people of Ghana. It ought to be someone who can appeal to the floating voter and the dominant ethnic grouping in the country – Someone with a broader appeal and a record of socialist accomplishments.

NDC not electable with Mahama

As things stand, the NDC doesn’t look electable with Mahama. Even with Covid-19 impacts, economic challenges and governance problems that the NPP government was faced with, Mahama still couldn’t hang a hex around the NPP’s neck in 2020 like they did to NDC in 2016. He lost key swing region- (Central) with an indigene on the ticket as running mate. It tells you the man simply can’t save the NDC. In plain terms Mahama has practically become the worm in NDC’s apple, eating it away from the inside.

The brutal fact is that he led the NDC into a political wasteland and stranded it there, with two consecutive   electoral defeats. As a matter of fact, the party has become chaotic and dysfunctional under Mahama’s yoke.

The very easy solution is out there. If the NDC has a future it must discard Mahama now and appeal to the voters in the Ashanti region with a candidate that would offer the political stability required to ensure victory in election 2024.

Bawumia Storms Bogoso-Apiate To Commiserate With Victims Of Explosion

Admin - August 13, 2021 0
The Minority National Democratic Congress (NDC) in Parliament is demanding the abrogation of a $570 million Accra-Tema motorway expansion contract between the...