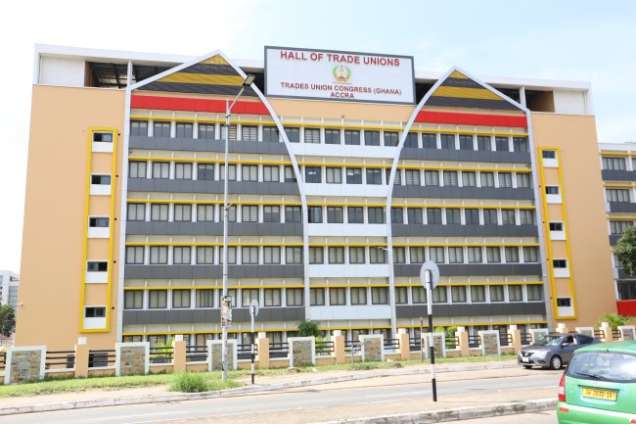 Spokesperson for the Trade Union Congress, Naa Ayeley Ardayfio, says government must restructure policies and initiate interventions to cushion Ghanaians workers and the general public from the economic crisis.

According to her, merely demanding for salaries to be doubled or tripled is not the solution to the problem as those tripled salaries will also be devalued by the rapidly depreciating cedi and the ballooning inflation situation in the country.

She has thus called on the government to take active measures in cushioning Ghanaians, including doing away with the many taxes on petroleum products as well as other interventions.

Speaking on PM Express on JoyNews, she said, “Workers have almost dissipated their meager savings. The other day we were jokingly saying that well maybe our salaries should be doubled but would that solve the question? It doesn’t because things and the prices keep shooting, and hiking, and going up.

“So all of us should ask ourselves a very simple question; shouldn’t policies be changing? We’ve said time and again that for instance if you look at petroleum products, double taxation, triple taxation, I mean, the taxes are so many. You go to other countries and the fuel prices that shot up, some have come down and are still coming down.

“What is our government doing about the so many taxes that you find on petroleum products for example? So that is one. And today or tomorrow I understand they’re going to start the minimum wage negotiations for the succeeding years, so is it that you’re going to ask that the salary be doubled? You’re going to ask for COLA? Or what exactly are you going to ask for?”

“As ordinary workers we were looking at all these things and you’d wonder what our government could do to help or change the situation. So as a worker perhaps you should ask yourself, what should government be doing? Shouldn’t policies be changing? Because if you’re telling us it is a global problem and others are doing something to support or cushion their workers and the general population, what should our government be doing by now?” she added.

Naa Ayeley Ardayfio called on workers and labour unions to, as part of their demands, start piling pressure on government to institute these policy changes to ensure that the conditions of living in the country become bearable once more.

“I want to be comfortable, I want to be able to live within the salary that I take or my savings, if that is not the case then me like you, like the other workers you know should push the government to act because people are truly truly suffering.

“I am working, you’re also working, what about those who are not? How do they manage and pull through the month, the year?” she said.