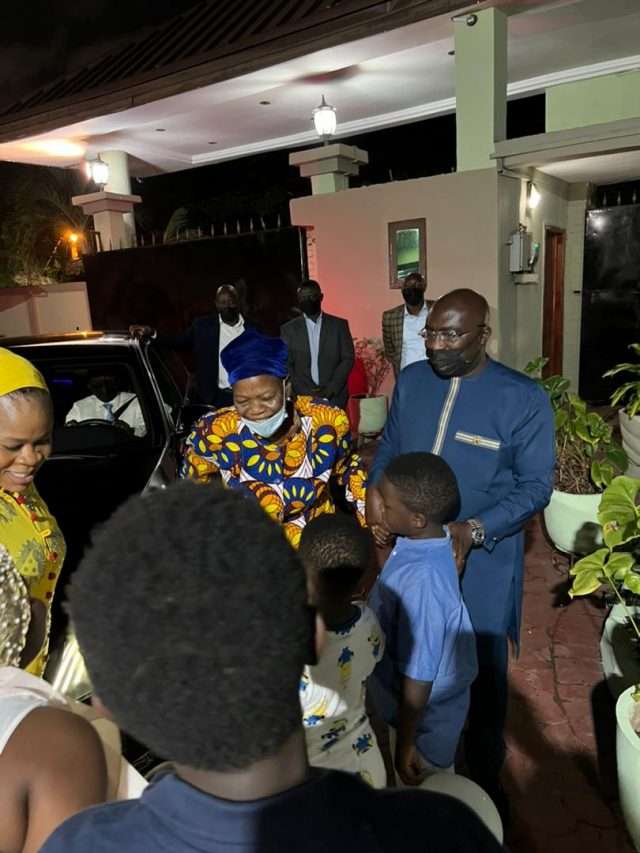 Hajia Ramatu Mahama, spouse of the late Vice President of Ghana, Alhaji Aliu Mahama, has returned to the Ghanaian jurisdiction alive and healthy.

The former Second Lady was welcomed by the Vice President of Ghana, Alhaji Dr Mahamudu Bawumia and accompanied home safely to reunite with her family.

News about the untimely death of the former Second lady emerged in some circles of the Ghanaian media few weeks ago whilst she was receiving medical care abroad.

However, Alhaji Farouk Aliu Mahama, son of the former Second family refuted the rumor in statement on social media, insisting his indisposed mother was still alive and receiving medical care in a London based hospital.

Mr. Farouk Aliu Mahama who is also the Member of Parliament for Yendi in the northern region posted a video of Dr Mahamudu Bawumia receiving his mother back home.

He thanked the Vice President for his generosity and care for the family.

She is a mother of four; Farouk, Fayad, Halim and Salma.