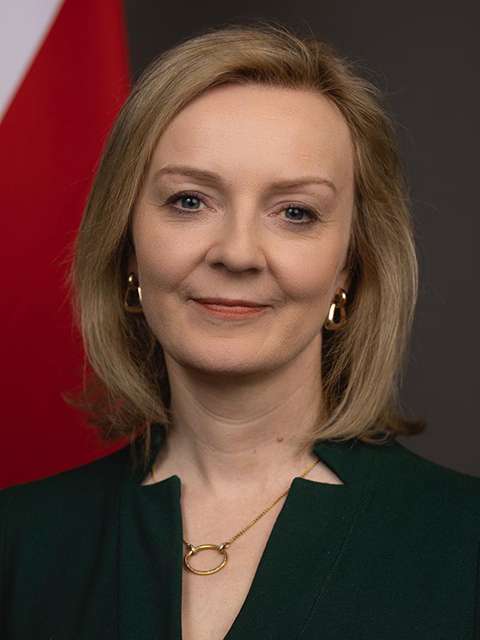 Liz Truss will become the next prime minister of Britain, taking over from Boris Johnson at a time of economic peril and political upheaval in the United Kingdom.

Truss, Britain’s 47-year-old foreign secretary, won the support of her party’s grass roots with promises of tax cuts and with her fealty to Johnson, who was booted from Downing Street by Conservative lawmakers but is already missed by rank-and-file party members.

She will travel to Scotland on Tuesday to be appointed by Queen Elizabeth II and then enter 10 Downing Street as the third woman to serve as British prime minister.

Truss is far less colorful, less verbose than her former backslapping boss — perhaps in a good way. Johnson was ousted by his lawmakers in his own party because he couldn’t, even when pressed, tell the whole truth during a string of scandals.

Truss wasn’t the top choice of Conservative Party lawmakers, and a majority of Brits tell pollsters she will be a “poor” or “terrible” prime minister, but she was the favorite among the Tory activists who selected the leader of their party and Britain in a vote announced Monday.

In a brief speech accepting leadership of the party, Truss remained loyal and gave Johnson props. “Boris you got Brexit done, you crushed [Labour Party leader] Jeremy Corbyn, you rolled out the vaccine and you stood up to Vladimir Putin. You are admired from Kyiv to Carlisle,” she said, referring a small city in northern England.

Challenger Rishi Sunak — though the preferred choice among Conservative members of Parliament — had a tough time convincing his party’s voters that tackling inflation should come before tax cuts. And Sunak’s leading role in Johnson’s ouster seemed to hurt him with the grass roots. Angry Tories called him a “Brutus.”

It was Sunak’s fiery departure as chancellor of the exchequer, or finance minister, in July that launched the revolt against Johnson. An avalanche of resignations followed. Conservative Party lawmakers said they could no longer trust a prime minister who prevaricated his way through scandal after scandal (and could no longer be counted on to help win elections).

Because this was not a general election, most of Britain was sitting on the sidelines while a “selectorate” of 172,437 dues-paying Conservative Party members — less than 0.3 percent of the population — determined the country’s political future.

According to a YouGov poll, 12 percent of the general public say Truss will be a good or great prime minister compared with 52 percent who say she will be poor or terrible.

In addition to the war in Ukraine and the fallout of Brexit, the new prime minister will inherit a vast range of economic and political problems. The Bank of England predicts Britain will suffer through protracted recession, beginning as early as October. Inflation is already stands at 10 percent, with economists warning that 15 percent is possible.

In her victory speech, Truss pledged to “deliver a bold plan to cut taxes and grow our economy.”

The British public is alarmed at skyrocketing gas and electric bills, an issue that will dominate Truss’s domestic agenda from Day 1, wiping out the honeymoon period often awarded to incoming leaders. Truss has promised to help with those bills — but she hasn’t said how.

Other pressing challenges include threats of industrial action, ongoing questions about Scottish independence and the Northern Ireland protocol, which could put her on an early collision course with Europe.

“She has an outstanding inbox,” said Bronwen Maddox, director of Chatham House, a U.K. think tank. “In terms of the known knowns, what is facing her is huge.”

In an opinion piece in the Sunday Telegraph, Truss described Britain as stuck with low productivity, high taxes, overregulation and an inability to do big things. “We will break with the same old tax and spend approach by focusing on growth and investment,” she said. She complained of the “heaviest tax burden in 70 years.” She said it was outrageous that there had not been a new water reservoir or nuclear power plant built in a quarter-century.

The disconnect of her words was noted by her critics, who pointed out that Truss didn’t mention that her party has been in power for the past 12 years — and that she has served in the cabinet since 2012 — so these problems were the doings of the Conservatives.

Agyapa Could Grow UP To $30Bn For Ghana – Ofori-Atta