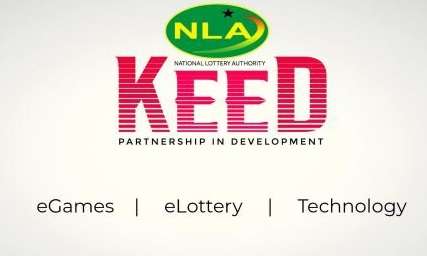 The leadership of the Association of Lotto Marketing Companies has commended the Management of KGL Technology Limited for the timely intervention of releasing funds to the National Lottery Authority(NLA) for the payment of outstanding wins since April 2020.

This, in the view of the Association, is a sign of good leadership to calm nerves down in the lottery industry.

These were contained in a statement that forms part of a congratulatory message the Association sent to President Nana Addo Dankwa Akufo-Addo on his re-election for a second four-year term.

The statement issued by the National Chairman of the Association, Mr. Daniel Mensah, said “Sir we have observed that for some time now the NLA has been finding it very difficult to honour payment of prizes to its cherished winners, causing a lot of inconvenience to them. This has resulted in the sale of tickets in the kiosks reducing to the lowest ebb. Already, we are battling with the unbridled pirating of the NLA by the Private Lotto Operators who call themselves Banker-Banker. The cumulative effect of the prize payment deficits runs into millions of Ghana Cedis culminating in agitations and protestations of the Staff, the Association members and the staking public”.

The statement added, “It is heart-warming and commendable to hear that KGL Technology Limited has stepped in to bail out the NLA in this circumstance by clearing all the outstanding debts emanating from the unpaid winnings”.

The Association of Lotto Marketing Companies further stated that they are prepared to combine joint efforts with all the stakeholders including KGL Technology Limited and employees of National Lottery Authority to work together to ensure that the NLA continues to be the major source of revenue for the government.

KGL Technology Limited is an online lotto marketing company duly licensed by the National Lottery Authority(NLA) with the mandate of operating the official short code of NLA *959# to mobilize revenue for the Government, and for national development.

Govt To Give GH¢55m Grant To Tourism Players