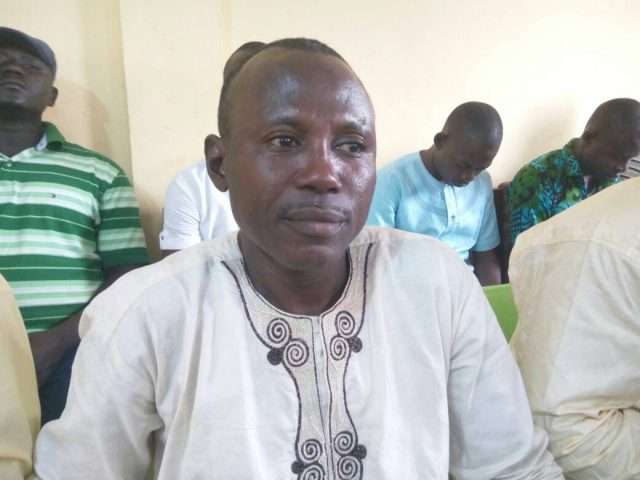 He said as representative of the President, he worked assiduously to improve the image of the governing party by spearheading the full implementation of the government policies and programmes introduced by President Nana Akufo-Addo in his first term of office.

Therefore, he is optimistic the President as the appointment authority will consider him for another job opportunity in government.

Even though the Dean of the MMDCEs failed to mention any mouthwatering job he is eyeing, he insisted that, “In the wisdom of the President, he choices where to assign his subordinate and if he ask me (Hashim) be the caretaker officer for refuse dumps in this country, I will gladly do same.”

He added that, “I believe Mr. President has a place he would reassign me to work. There are closed door discussions and I am hopeful it will materialize, so that’s why I am not seeking to be appointment as the DCE for Mion anymore.”

“But, as it stands now I don’t know where I maybe assign to work but every indication shows that when you’re appointed to serve your people as their DCE and you work to the satisfaction of your superiors, they will definitely consider you for another task they think you can excel” he indicated.

The former Banker and financial analyst made the remarks in an exclusive interview with THE CUSTODIAN and stressed it was a personal decision and conviction not to seek renomination to open the opportunity for other party members.

“So for me I am accomplished, I am satisfied that as DCE for Mion under an NPP government, the party has achieved its highest political objective in the history of the constituency and people now know the NPP is capable of winning the Mion seat” he stated.

The 2016 Mion NPP parliamentary candidate emphasized his priority as the DCE was to win the Mion constituency seat after several attempts failed since the creation of the constituency from the Yendi constituency.

Meanwhile, the NPP Northern Regional Secretary said the party was satisfied with the performance of the MMDCEs in the region and welcomed those who are seeking renomination. Alhaji Sibdow Alhassan Yakubu confirmed the Tamale Mayor, Musah Iddrisu Superior and MCE for Sagnarigu, Hajia Mariam Iddrisu did not submit applications to show interest anymore.

However, the Tatale district has also become vacant following the election of the DCE, Thomas Mbomba as the Member of Parliament for the area. A 5-member regional committee is expected to begin vetting the applicants today in Tamale.

US Launches $29M Initiative To support Healthy Life In Ghana

Admin - July 28, 2021 0
The Cape Coast High Court in the Central Region has declared the 2020 parliamentary election held in the Assin North Constituency as null and...
General News

Admin - May 14, 2021 0
By Prince Hamid Armah, PhD Before it rose from the first meeting of its first session, the eighth Parliament passed the 2021 budget statement and...
General News

Admin - March 9, 2020 0
An Aspiring Parliamentary Candidate of the governing New Patriotic Party (NP) for the Tolon constituency has assured delegates of the party and people of...
General News

Admin - May 23, 2022 0
The St Monica Primary and Junior High School blocks in the Tolon district of the northern region have been destroyed by rainstorm. The incident...