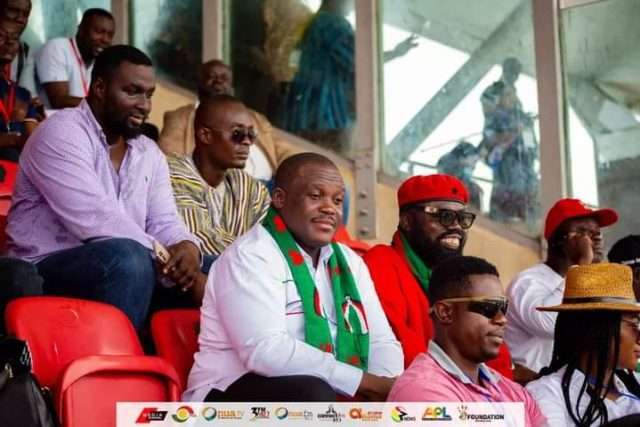 Sam George, the Member of Parliament for the Ningo-Prampram constituency, believes the governing New Patriotic Party’s “breaking the 8” agenda is only a mirage.

The NPP is pushing the breaking the 8 agenda with a view of getting the nod from Ghanaians in the 2024 elections to continue governing the country for another four years.

But Sam George argued that the NPP’s dream cannot come to fruition because there is currently disquiet in the party.

“How would they [NPP] break the 8? They are instead breaking themselves into pieces,” he told the media when he joined a National Democratic Congress delegation to deliver a goodwill message at the NPP’s National Delegates Conference at the Accra Sports Stadium.

Sam George in the media interview slammed the governing NPP, accusing the party’s national executive aspirants of dishing out monies to delegates.

Sam George insisted that, the event started late because the candidates were splashing the delegates with money.

“The amount of money that is being thrown around to entice delegates from a party that has moved this country into an economic mess, you would have expected that they would have been very decent. But the accounts we are hearing about monies that are being paid to delegates [are serious].”

“The [NPP National Delegates] conference should have started at 9am; it’s past 12, and the delegates are being held up in meetings with candidates giving them monies. For a government that has driven this economy into a mess, you are asking yourself, where are they getting the money from? It looks like there are two Ghanas– a Ghana for NPP functionaries and a Ghana for the rest of us,” the National Democratic Congress legislator said.