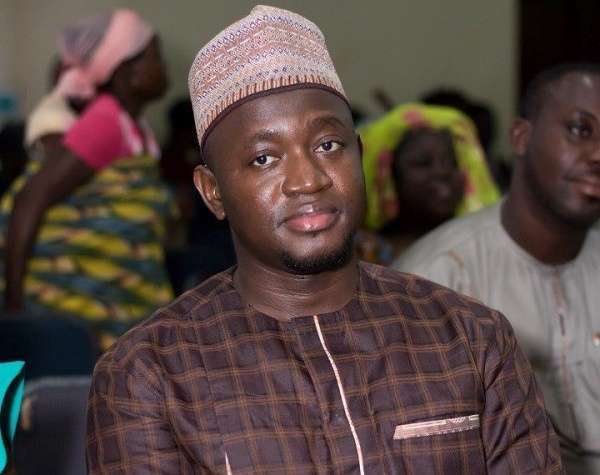 Director of Communications of the New Patriotic Party in the Tamale North Constituency in the northern region, Mr. Issahaku Iddrisu, has likened Hon Alhassan Suhiyini, the Member of Parliament for the area to a “Joke” and an inconsistent person in his public pronouncement.

According to him, it is a big joke for the NDC lawmaker to compare his abysmal performance to what the Akufo-Addo led New Patriotic Party government has done in the constituency.

“Some few days ago, we all heard what the MP had actually asserted about his work and jokingly – because I think it was a big joke to have compared what he has done to what the government has also done in the constituency” he expressly said.

The Tamale North Member of Parliament was reported in the local media to have said he has done better than President Nana Addo Dankwa Akufo-Addo in providing health amenities to his constituents. The MP made the remarks when he commissioned some health infrastructure last Monday.

Speaking exclusively to THE CUSTODIAN on Thursday at a workshop for NPP communicators in the Tamale North Constituency, the Director of Communication underscored the importance of the party building a solid communications team to unearth and expose the inconsistencies of Alhaji Alhassan Suhiyini and the NDC.

“This the same MP who came to Tamale North and told our women folks that when they hear about Tax Identification Number (TIN), they should runaway – that it is a bad thing, it is not good; meanwhile, he has a TIN number.

“So if you have an MP who is very inconsistent in many matters, you need a vibrant communication team to be able to counter him anytime he comes around” he added.

Mr. Iddrisu indicated the MP has actually not contributed much to many of the projects he is taking credit for, adding I am not surprised because that is the behavior of the NDC.

He revealed that one of the RCH facilities commissioned at Tuunayili was funded by the National Health Insurance Fund which is a state resource that the legislature has come to claim.

Touting what the NPP led administration has done in Tamale North; Mr. Issahaku Iddrisu said the Akufo-Addo/Bawumia leadership has given a facelift to the road network in the constituency.

He mentioned Nyanshegu roads, Kalpohin, Ward K and Fuo among other communities in the area. He stated the First Lady, Madam Rebecca Akufo-Addo commissioned a health facility at Nyanshegu in the first NPP government around 2018 and a host projects being done in the area.

The Tamale North Constituency Chairman, Mr. Fuseini Mohamed Sadat Dagaali, for his part pledged his support for the communication team and presented a cash amount to enable their work.

He said a number of reforms would be introduce to improve the Communication Directorate and similar capacity building workshops will be organized across the 18 constituencies in the northern region.

The immediate past Regional Director of Communications, Mr. Ibrahim Mohammed Sheriff also shared some insight of political communication of the team and indicated party work especially communication is about commitment and determination.

Give Us Alternative Income Source – Charcoal Dealers To Govt