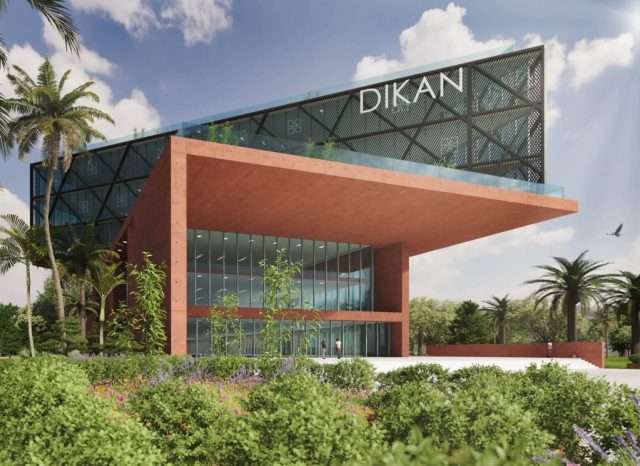 A Ghanaian photographer, Paul Ninson has caught the eye of the world after his inspiring story was shared by photoblog, Humans of New York (HONY).

Mr. Ninson struggled to make ends meet on the streets of Ghana after trying to take care of his daughter whom he had with his girlfriend at the age of 20.

He subsequently taught himself photography but faced several stumbling blocks in his quest to have a breakthrough in life.

After several rejections, he was subsequently offered a half-scholarship to study at the International Center of Photography in New York, but his hopes were dashed because he was supposed to pay $20,000 as part payment for the tuition.

“For the first few minutes I was so excited, but then reality set in. Even with the scholarship, the remaining tuition was $20,000— it might as well have been a million,” he lamented.

Life smiled on Paul one day when he met Brandon Stanton, the owner of Humans of New York at the University of Ghana, where he [Paul] had been hired to photograph an event.

This marked the turning point in Paul’s life, as Stanton supported him to study at the International Center of Photography in New York.

“When I landed in New York I was full of joy. I spent the first few days exploring the city. I saw places that I’d only seen in photographs: Times Square, Central Park, The Empire State Building. During orientation, I met other students from all over the world. There were so many subjects to choose from, and I signed up for the maximum number of classes. I knew what I was sacrificing to be here. And I was determined to take advantage of every resource,” he said.

“Every day after class, I went to the main branch of the New York Public Library. It was my favourite place in the city. I couldn’t believe how big it was. This place had every book in the world. In Ghana, I hadn’t been able to find a single photography book, but here there were entire books with nothing but photos from Ghana. When I was learning to become a photographer, these books could have helped me so much. But the whole time they were here, 3000 miles away, sitting on a shelf. It didn’t make sense to me. Each week I got a small stipend from Humans of New York. Half I sent home. With the remainder, I went to second-hand bookstores around the city, buying their African photography books. I planned to bring them back home with me so that other young photographers would have something to study,” he narrated.

He now wants to build a library and learning centre in Ghana known as ‘Dikan‘  meaning “to take the lead”, and has so far collected 30,000 books for the project.

Paul intends to use the project to provide a rich resource for Ghanaian and African photographers who are unable to access such a wealth of knowledge on the continent.

“Most of my energy went toward building a library in Ghana. I began to speak with booksellers about my vision, and many of them became eager to help. They’d give me discounts. They’d tell their friends about me. I started getting calls from galleries and private collectors, asking if they could make a donation. Sometimes it was hundreds of books at a time. Sometimes thousands.”

“I filled up my entire apartment with books, then I rented a storage unit. Then another. Then another. I’ve collected 30,000 books so far. Enough to build the largest photo library in Africa. The books are currently in a shipping container en route to Ghana. But as my collection has grown, so has my dream. I want to build more than just a library. I want to build an entire learning centre. A home for photography in Ghana,” he noted.

With support from Humans of New York, Ninson has so far raised over one million dollars from crowdfunding to fund the project.

“The centrepiece will be the library. But there will also be a lecture hall where photographers from all over the world can come and teach. African photographers, especially. There will never be another Paul Ninson who has to leave home, and feel this way, just to learn how to tell stories. Everyone will be welcome at Dikan. There will never be someone standing at the gate. No person will be too poor, or too inexperienced, to learn how to photograph. Even young kids will be welcome. There will be a room just for them. Where they can learn to photograph. And look at National Geographic magazines,” he said.

All Eyes On Milo Magic

Admin - December 14, 2020 0
The coronavirus pandemic which plagued the world a year ago is still causing many people to fall sick and leaving a lot...