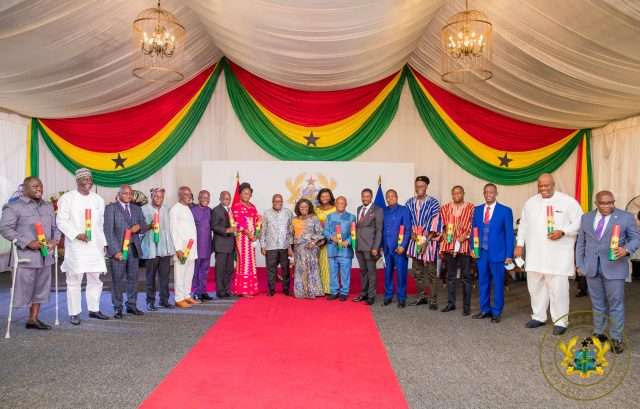 The Appointments Committee recommended the nominees for approval by consensus after they successfully went through the vetting process.

A total of 46 names made up of 30 Ministers of State-designate and16 Regional Ministers-designate were submitted to the House by the President and referred to the Appointments Committee by the Speaker for consideration and report.

The Committee subsequently agreed to conduct the vetting and report back in batches taking into consideration the number of nominees involved.

The Committee, by its First and Second Reports, recommended to the House 29 Ministers of State-designate for approval who have since been approved and sworn in by President Akufo-Addo

The approval brings to 45 the number of ministers-designate who have successfully gone through the processes as they prepare to take control of these ministries and regions.

Minister-designate for Finance Ken Ofori-Atta is the only nominee yet to take his turn at the Appointments Committee.

He travelled to the United States on the eve of his vetting for medical review after post COVID-19 complications.

In all, 26 of the nominees presented to the House by the First and Second Reports were approved by consensus.

However, the fates of three including Mavis Hawa Koomson, Fisheries and Aquaculture Development; Kojo Oppong Nkrumah, Information; and Dr. Owusu Afriyie Akoto, Food and Agriculture, were decided by secret ballots.

All three garnered the required 50% plus to be approved even though the Minority had expressed displeasure and indicated they did not support their nominations.