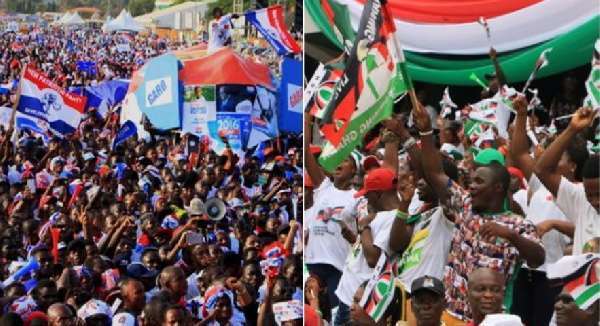 The Nanton District Director of the National Commission for Civic Education (NCCE), Mr Ibrahim Iddrisu, has advised political parties to resort to dialogue in addressing electoral disputes to prevent violence in the country.

He, therefore, urged the political parties not to invoke violence in resolving their internal differences.

Mr Iddrisu gave the advice in a presentation on Violent Extremism during an IPDC meeting organised by the Nanton District Office of the NCCE in the Northern Region.

The meeting was to reignite dialogue among political parties and other stakeholders to ensure peaceful coexistence for national cohesion.

It was also to reinforce the role of political parties as key stakeholders for ensuring peace and security in the country as well as to reignite dialogue on inter and intra political party grievances.

The event formed part of the Preventing Electoral Violence and Providing Security to the Northern Border Regions of Ghana project, funded by the European Union to counter violent extremism in the country, among other things.

Mr Iddrisu underscored the importance of peace to national development and urged political parties to make use of the Inter-Party Dialogue Committees (IPDC) at the districts to address their differences.

That, he said, would ensure such differences did not degenerate into violence.

The Savelugu Municipal Police Commander, Deputy Superintendent of Police (DSP) Mr Twumasi Ankrah, who facilitated the discussion on “National Security Strategy and the National Framework for Countering Violent Extremism and Terrorism in Ghana,” urged the people to be vigilant to protect their communities.

For his part, the Northern Regional Director of the NCCE, Alhaji Abdul Razak Saani, reinforced the position of the Commission on peace and security as a cornerstone for national development and advised against acts that threatened human lives. The representatives of political parties pledged to always use dialogue in settling their differences to ensure peace and security in the area and promised to cooperate with the security agencies to fight violent extremism.

Admin - January 16, 2021 0
Staying at home for almost one year necessitated by COVID 19, students of Primary, Junior and Senior High schools are expected to...