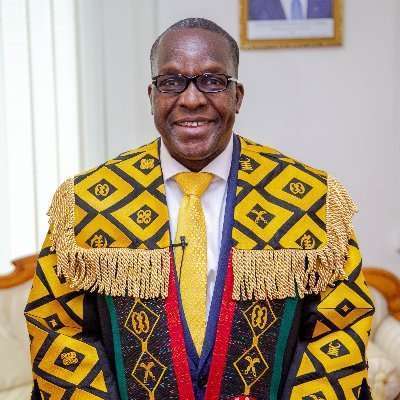 The emergence of the Rt Hon. Alban Bagbin as Speaker of Parliament of Ghana has been one of the much talked about rare political development in the country. Two issues greeted this transitional emergence.

The first is the spectacular victory scored by Hon. Bagbin to assume the office of the Speaker by a Minority candidate. In the mathematics before the vote took place, the majority side had more votes by one.

In the vote itself the Majority with 138 votes advantage could only manage 136 votes. The subsequent undemocratic conduct by the majority side is already common knowledge and need not be talked about here.

The second landmark issue is the fact that a person in the personality of Bagbin, known for his uncompromising frankness on state issues was taking the seat of the Speaker of Parliament.

For most Ghanaians, knowing who Hon Bagbin is, it would be surprising that anyone with basic awareness of the Ghanaian political life would wonder why as a speaker he is holding his own and walking through the Speakership without looking behind if a superior is behind him.

As a Speaker from the Minority side, he is very much independent from government control, and he very much can use his addresses as a speaker to bring out his point of view on any national issue without violating his office.

The standing Orders of Parliament gives him that privilege and would not amount to any violation of his position as a speaker to comment on any issue before parliament.

However, of critical importance to this article in response to observations about The Speaker being an activist is the amount of existential parliamentary knowledge and likely personal impact he has brought into the House.

From his 28 years in Office as a leader of the house, both as a minority Leader fighting a siting government for Eight odd years and as a majority Leader working as Leader of Government business, he had been through it hot and cold.

Even with this alone it would not surprise a cursory political observer if Hon Bagbin is different from the rest of the past Speakers of Parliament. By his true nature he is a true patriot and would not compromise on issues violating the spirit of the Constitution nor anything abusing the essence of Parliament as a beacon of democracy.

This is the reason why the attribution of Justice Abdulai a Law lecturer at the University for Professional Studies, Accra, that Rt Hon Bagbin as more of an activist than his predecessors as an interesting area of discussion.

It can be understood somehow why Rt Hon Alban Bagbin is seen as an activist. This is a man who has lived all his life as an activist advocating and projecting good governance, anti-corruption, social equality, and human rights among others. He holds the record as the longest serving Member of Parliament in Ghana representing his constituency under different names until the current name of Nadowli-Kaleo.

Obviously, a man with such an abundance of experience in governance and politics cannot ascend the Speakership of the Parliament of Ghana and fail to leave an impressive and lasting legacy.

This is evident in how swiftly the Rt Hon Alban Bagbin attends upon issues that fall under his purview as Speaker of Parliament. As a Speaker who had been politically bred in parliament, he logically has placed the welfare of Members of Parliament as a topmost priority as evidenced in the several reforms that he is seeking to institute to cushion the parliamentarians especially upon leaving Parliament.

He had cause to tell the Australian Ambassador and his delegation in their faces that Ghana will not tolerate LBTQI+ activities no matter the pressure and threats from the West. This is a Speaker who stood up to the Executive for mutual respect in the conduct of the business of running the country to give meaning to the principle of Checks and Balances.

His stance on the LGBTQI Bill currently before Parliament and his recent outburst towards the Ghana Police Service in the matter of the Member of Parliament for the Madina Constituency points to the fact that Rt Hon Alban Bagbin is not afraid of confronting contentious and controversial matters by speaking his mind and stating his position.

If these are the issues that make Dr. Justice Abdulai to describe Rt Hon Speaker Bagbin as an activist, then he should better look for a much stronger word to describe Rt Hon A.S.K Bagbin because the Speaker will continue to advocate and speak his mind on issues that confront Parliament and the Ghanaian Society at large.

It would be important for Dr Justice Abdulai to acknowledge that the huge repertoire of knowledge and experience gathered by the Rt Hon Speaker cannot be allowed to go waste.

He became Speaker a very critical stage of democracy and he must steer the affairs of the August House of Parliament with tact and grit to yield the desired dividends. Rt Hon Alban Bagbin cannot fail as a Speaker of Parliament.

Admin - September 2, 2020 0
The Ministry of Business Development has launched the Zongo Business Initiative, another flagship policy intervention to give a facelift to the entrepreneurial...