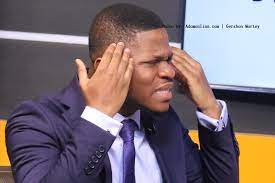 The National Democratic Congress Communications Director, Sammy Gyamfi, has criticised the NDC caucus in Parliament following the controversial approval of some minister-nominees.

In comments on Facebook, Mr. Gyamfi described the handling of the minister-nominees as a betrayal.

His remarks singled out the Minority Leader, Haruna Iddrisu; the Minority Chief Whip, Muntaka Mubarak and even the NDC-backed Speaker of Parliament, Alban Bagbin.

“They brazenly defied the leadership of the party and betrayed the collective good for their selfish interest,” Mr. Gyamfi said.

“The shame they have brought on the party will forever hang like an albatross around their necks,” he added.

Mr. Gyamfi however said the NDC will not be perturbed by the outcomes of the debate on the ministerial nominees.

“Rather, let it strengthen us to fight for this party. We all have an equal stake in this party. They are few, we are many. Some have sold their conscience but ours is intact. And we, can work together to rebuild the party from the ashes of 3rd March 2021, which I call “Black Wednesday”- Our day of self-inflicted shame.”

He further suggested that he was in favour of changes in the leadership of the NDC in Parliament.

Mr. Gyamfi feels the leadership of the NDC caucus “have lost their moral authority to lead and are not fit to sit on the front bench of the NDC side of the House.”

The outburst of Sammy Gyamfi followed Parliament’s approval of some thirteen (13) ministerial nominees of President Nana Akufo-Addo on Wednesday (3rd March, 2021) after the Appointments Committee presented its report to the Speaker of Parliament.

The NDC was opposed to their approval and expressed reservations with other nominees.

Some NDC supporters are now upset with their MPs in Parliament because they backed some of the controversial nominees.