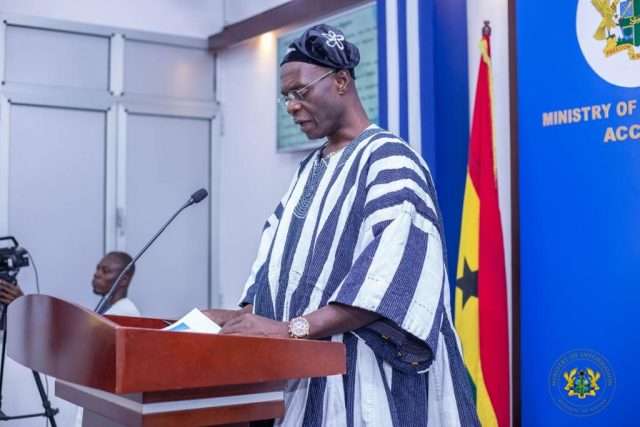 The Northern Regional Minister, Alhaji Shani Alhassan Shaibu has disclosed six factories under the One District One Factory (1D1F) flagship policy initiative are operational in the region.

He added seven other factories are still under construction.

The factories in operations he mentioned are: Gees Fresh Point for the processing of guinea fowl in Tamale, LK International (Motor King) in Tamale for assembling of motorbikes and tricycles, Modern City Ltd for the production of roofing sheets and plastics at Kanshegu.

The others are; Global Almas at Bimbila, a yam processing factory into yam flour, Poly Tank Ghana in Tamale and Technology Solutions Centre for youth skills training and a rice milling factory at Savelugu.

The Minister made this known when he took his turn at the weekly Minister’s media briefing at the Ministry of Information on Sunday, September 25, 2022, in Accra.

Alhaji Shani explained the Akufo-Addo led administration aims to enhance the natural resources of each district in the country and take advantage of its economic potential based on its comparative advantage and ensure industries that would boost economic activities across all sectors of the region are evenly distributed.

The Northern Regional Minister also noted the 1D1F policy is to facilitate job creation, especially for the teeming youth in the respective districts which has such projects to improve incomes and standard of living and reduce rural-urban migration.

He indicated it will also increase production of locally produced goods to replace imported ones and also encourage exports which will boost foreign exchange of the country.

Meanwhile, Mr. Shani Alhassan Shaibu highlighting on the works done in the road sector in the northern region stated the completion of two-tier Naa Gbewa Interchange in Tamale has increased trade activities in the metropolis and employment opportunities for the youth.

He also revealed a total of 353.79km of road projects are being undertaken by the government with about 60 per cent of these constructions at major stages of completion.

The projects Alhaji Shani opined are being done in five areas which are; regravelling, rehabilitation, upgrading/resealing and resealing/sectional rehabilitation.

The Minister said a total of 839.20km under the department of feeder road networks are currently being done under maintenance intervention in the region and the rehabilitation and partial reconstruction of a total of 245.58km across the MMDAs under the Urban Roads.