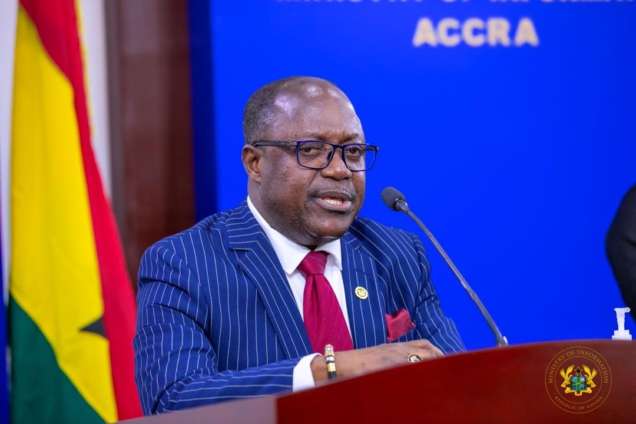 With less than two weeks to the deadline for the SIM card re-registration, the National Identification Authority (NIA) has stated that it will not be able to issue all eligible Ghanaians with Ghana Cards.

Despite the threats by the Communications Ministry to block all unregistered SIM Cards after the September 30 deadline, over two million Ghanaians are yet to be registered for the Card, which is the sole document for registration.

The Executive Director of NIA, Ken Attafuah, at a press briefing on Friday, stressed that the fiscal and logistical systems of the Authority have not been designed to undertake such quick mandates.

“Today is the 16th of September; there is no way that NIA can register those people. It is physically, technically and fiscally impossible. What advice flows from that?

“We had said way back in March that it was impossible and it’s like expecting a maiden to make a baby every three months – so, that’s not how the law designed NIA,” he argued.

The SIM card re-registration exercise was extended to September 30, 2022, following the difficulty by many Ghanaians to go through the process of the unavailability of their Ghana Cards.

“Upon consultation with the industry and in view of the challenges enumerated above, I have very reluctantly decided to grant a conditional extension. The programme will be extended to 30th September to end on the anniversary of its commencement,” the Minister of Communications, Ursula Owusu-Ekuful, announced.

This was followed by a partial blockage of SIM cards that had not been re-registered as of September 5 by the National Communication Authority (NCA), a directive that was later reversed after a public uproar.

With the deadline fast approaching, policy analyst Selorm Branttie has asserted that blocking unregistered SIM cards after September 30 will only amount to a defeat of government’s digitalisation agenda.

Mr Branttie’s concern is that going by the fact that many subscribers still do not have the Ghana Card it will imprudent to enforce the September 30 deadline.

He opined that the consequences will be chaotic if the Minister sticks to her guns. He, therefore, dared Mrs Owusu-Ekuful to block unregistered SIM cards as she has threatened.

“I double dare the Minister to go by her own words and see the kind of chaos that will happen in this country.

“I am saying chaos because you are talking about flirting with the fortunes of the service sector which contributes more than 45% of our GDP,” the policy analyst stated.