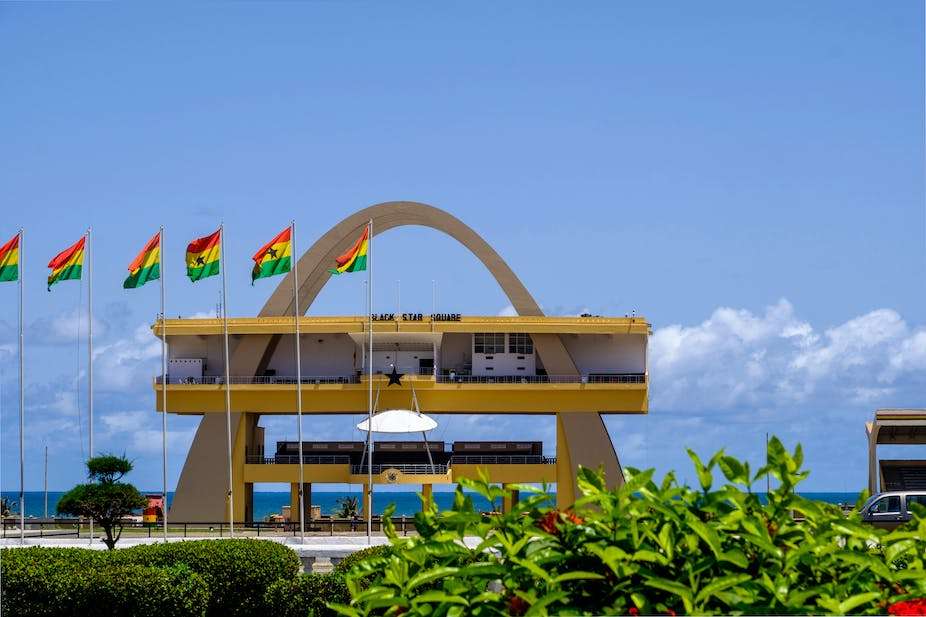 Honestly, I don’t know how to start this article, but I believe you understand that any country which loses the trust of its citizens is failure bound. Distrust breaks down systems, terribly! This makes it difficult to trust anything being done by the government.

Clearly, the broken trust in the current government is what Finance Minister, Ken Ofori-Atta is struggling to get from Parliament, which is the representation of the people. But that is a conversation for another day.

Recently, there was a study conducted by Afrobarometer and the Ghana Police Service was ranked at the top in the final report, perceived as the most corrupt public institution in the country. The Office of the Presidency was second, members of parliament and other top state institutions followed in that order.

The IGP, Dr. Dampare wrote a lengthy response to share his disappointment in the report. Somewhat, I felt for him and I believe though he shouldn’t have responded. However, it is a good thing for a democratic nation like Ghana. But I believe corruption is perceived more by people who have regular contact with certain institutions. Therefore, I am going to talk about some corrupt activities I have seen.

By this, I will start beginning with a quote by an Africanist and Author who once said “Politicians are easy to attack, but frankly, we are all guilty of not meeting the needs of Africa’s young people properly” – Ama Ata Aidoo.

Let’s start with my experience with the Ghana Passport Office. In 2020, I was contemplating getting a passport but I was not motivated to do so because I felt I may not travel or need it after all. Partly, I thought I didn’t have the right documents, because I had misplaced my birth certificate which is an important document.

Then, thankfully, one day I chanced upon a seminar on TV where Bernard Koku Avle was the moderator. And the CEO/MD of the Births and Deaths registry clarified that all old birth certificates were valid for any purpose. I trusted it, besides I used that same birth certificate to apply for admission into the Ghana Institute of Journalism in 2017 and it was accepted.

So in 2022, I decided to apply for my passport as I was eyeing some scholarships and programs outside Ghana. I filled the online passport application forms and there was an option for mandatory documents to present, even though I had the birth certificate I decided to use the Ghana Card/ECOWAS card as a mandatory document for verification. Since the Ghana Card has become a very important document in the country and around the world.

I presented all the documents and the application was not processed because one of the verification officers said I had to bring the new birth certificate. It was shocking to me thinking that the superior Ghana Card would be enough to apply for a passport. Besides, the Vice President of Ghana, Dr. Bawumia, was campaigning that the Ghana Card could be used for traveling to hundreds of countries around the world. It is the one Card which is superior to all other documents for identification.

Empowered with the statement of the CEO of the Births and Deaths Registry, I thought this wouldn’t be a big problem. But I had no option than to apply for the birth certificate . I was going to apply and my brother said I should let a friend of ours who works there get it done for me. I wanted to use the main process but I was told it may take longer and that would have cost me around 100 cedis for a reprint. But I decided to use my friend’s connection and I had to pay double.

Now just as I am yet to process my passport, there is news of people who have waited for over 12 months to get their passports because of the shortage of booklets. However, some have received theirs through using ‘goro’ boys or connections. As it stands now, I know I may not get my birth certificate and even if I get it too, the likelihood that my passport would take another 12 months to get it is nother headache.

Kindly let me usher you into other frustrating areas of the Ghanaian system.

I started drafting this article as I sat on the bench of the Registrar General’s Department, in the main hall. It was my 5th visit to the place for an amendment on the company profile of the NGO I work with. The process is just so frustrating!! The officers here seem unconcerned about the people who come in to sit for hours only to be called and bounced for reasons that ‘the system is down’ or ‘the person to endorse the document is unavailable at the moment’ and these excuses are given during working hours.

Throughout my visit to the RGD I have met some close course mates from college. One of them opened up to me and made it clear that unless I pay him or someone else who can help me, I will be wasting my time here everyday. He told me that he works on the top floor where things get done quickly but the ground floor, where I have been visiting, is for those who want to waste their time.

He discussed with me how he could get this done for me quickly if I paid him some money. He made it clear that the money is not for him but for the people who can speed up the process. He encouraged me to speak to my people and get back to him when I am ready. I lost all the hope in me and so decided to write this piece while I was wasting my time at the RGD. But that is not all.

My elder brother had registered for his Ghana Card/ ECOWAS Card but there was a mistake with his first name. He needed it to re-register his sim card (the sim card re-registration is another problem for another day) and the stress he had to go through to travel from Ofankor to El-Wak to get the replacement was just unthinkable. Yet, he still hasn’t gotten it. Even with that he had to pay some Gh50 cedis to someone to speed the process up. But he still didn’t get it.

Before my brother’s experience, I was going to get the card for my grand-aunt who is in her 80s. A colleague of mine said I have to pay 200 cedis to get it done for her. Wheeeew!
I just had to forget it. In fact, she told me she didn’t need it for anything so why worry. Yet, I know how important it is for her.

Little of this money would go to the state and the rest would go into the pocket of some people. This kind of reality is so sad and heartbreaking when we think of how to make this country work for better. But we have to get it before any funny move by the state concerning land ownership and all that.

My father had the unfortunate experience of testing positive for Tuberculosis. Trying to get treatment for him really exposed how terrible our health Insurance scheme is, even when one needs medication for drugs that are covered by the scheme.

We were referred to Korle Bu Teaching Hospital from Maamobi General Hospital. I was enthusiastic about the transfer, for I believed that my dad was going to receive good treatment. Fairly so, we saw some improvement after spending 18 days there.

The first day my father was admitted, the nurses there started harassing my brother for ‘Ward Maintenance Few’. It was crazy how forceful they were to take that money, from what my brother told me. He assured them the money would be paid.

I went there later in the day to visit my dad and the nurses were asking for the money. This was in the evening around 8pm. I was shocked but decided I was going to pay via mobile money. One lady refused and asked that I give them cash. So I went out to get the cash for them even though my brother was not happy with it.

I convinced him to come with me and when we were returning from getting the cash we met the nurse who asked for the money at the Korle Bu Central Car Park. I told her we couldn’t give her the money out here as she would not be able to give us a receipt. She insisted we give it to her as she would prepare a receipt for us later. I was unconvinced but I still gave it to her.

On the day my dad was discharged, we were billed to pay for another ‘Ward Maintenance Fee’ and I explained to them that I had paid. But they said no as the nurse who took the money was not on duty that day. Thankfully, I had her name and I mentioned it to them, they called the lady and she denied taking money. It turned into another argument but I refused to pay the money and they had to understand.

Talking about the Health Insurance Scheme, during my father’s admission at Korle Bu, we had to buy all the drugs and most of the materials needed for his treatment. We were made to understand that all the drugs he needed were covered by the Healthy Insurance policy.

One time, I went to get some drugs and the pharmacist said they could only give us one part of the drugs and we would have to buy some in addition. The particular drug was ‘Clexane’. I agreed to buy the other one and I asked her where to go and pay for the drug. She said I shouldn’t worry and that I could give her the money.


I left with what I needed but I was disturbed by how our system or say, culture likes to take advantage of people who are in dire need is so heartbreaking! Humans have frustrated the system to force people to engage in bribery and corrupt activities.

This is not to say things aren’t getting better in Ghana, but the slow pace of our development and improvement is worrisome. Our systems are good but those in-charge to implement them are our biggest problem. In 2008, when US President Barack Obama visited Ghana, he left with a speech that ‘Africa does not need strong men but strong institutions’.

This is true, however, we must admit or beg to differ that ‘Strong institutions require men and women of high moral standards to ensure that right is done, at all times.

See you next time.

We Have Robust Regulatory System To Protect Your Business – NPA To Dubai Oil...