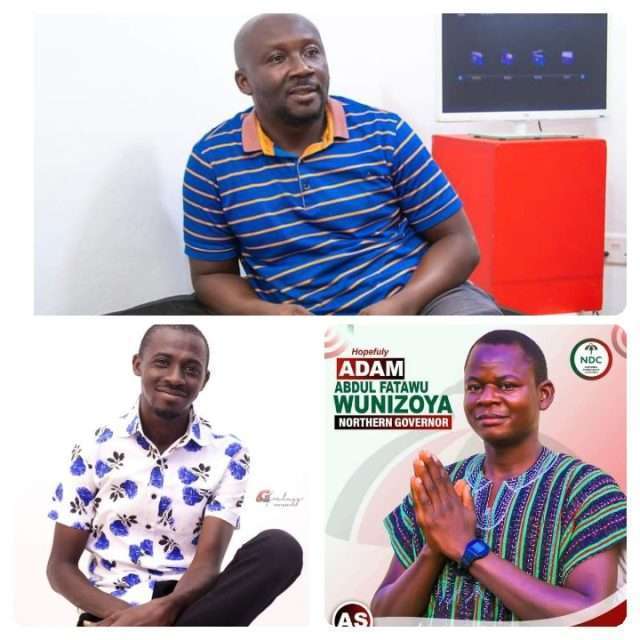 Three Tamale-based Broadcast Journalists have declared their intentions to contest the impending constituency and regional elections of the opposition National Democratic Congress.

Considering their professional backgrounds, the trio have decided to run for the NDC communication officer positions though two at the constituency level and the other one at the regional level.

Inusah Abdul-Rahim, a native of Tampion in the Nanton constituency, working with Kesmi/Amama Radio in Tamale in a statement copied to THE CUSTODIAN declared his intent to contest the Communication Officer position of the largest party in the Nanton Constituency.

“As the great NDC is going through the mandatory reorganization of the party across the country to facilitate the process of ushering the NDC and His Excellency John Dramani Mahama into power on January 7th 2024, I Inusah Abdul Rahim (Dr.Cue) wishes to formally declare to all supporters and loyalists of NDC that, I shall be contesting the upcoming Constituency Elections for the position of a Communication Officer of the NDC in the Nanton Constituency” the CEO of PLUZ Consult has announced.

The Nanton Constituency is presently one of the 9 parliamentary seats in the grips of the governing New Patriotic Party in the northern region.

The MP, Mohammed Hardi Tuferu wrestled the seat in 2016 from Ibrahim Mohammed Murtala who is currently serving as the MP for Tamale Central.

The media practitioner said it is in the interest of nation building to bring back the NDC to political power to develop the country and as an experienced journalist and communicator, he would be spearheading efforts to snatch the Nanton Parliamentary seat from the NPP back to the NDC through various communication strategies when the delegates elect him as the mouthpiece of the party.

The former Tamale College of Education SRC General Secretary is running for the Deputy Communication Officer portfolio in the Sagnarigu constituency.

He has thus been meeting stakeholders in the constituency and the delegates of the party to canvass for support to be given the node.

Meanwhile, Abdallah Yamusah, a broadcast journalist who has 20 years of working experience in the Tamale radio industry is the third person who has announced that he would present himself when the NDC opens nomination to conduct the Regional Executive elections.