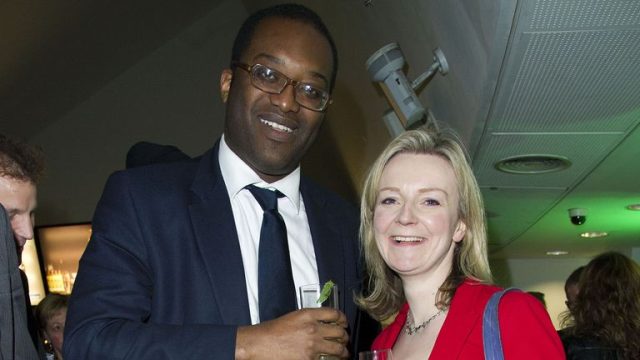 British Prime Minister Liz Truss has announced she will stand down as leader of the Conservative Party after her policies triggered economic turmoil and sharply divided the party. Her resignation comes a six(6) days after she had fired Ghanaian-UK Chancellor Kwasi Kwarteng.

Speaking outside her Downing Street office on Thursday, Truss said she could not deliver the promises she made when she was running for Conservative leader, having lost the faith of her party.

The leadership contest should be concluded by October 28, Graham Brady, the chair of the Conservative Party’s 1922 Committee said.

The opposition Labour party called for an immediate general election.

“The Tories cannot respond to their latest shambles by yet again simply clicking their fingers and shuffling the people at the top without the consent of the British people. We need a general election – now,” opposition leader Sir Keir Starmer said in a statement.

The Conservative Party “has shown it no longer has a mandate to govern,” he added. “After 12 years of Tory failure, the British people deserve so much better than this revolving door of chaos.”