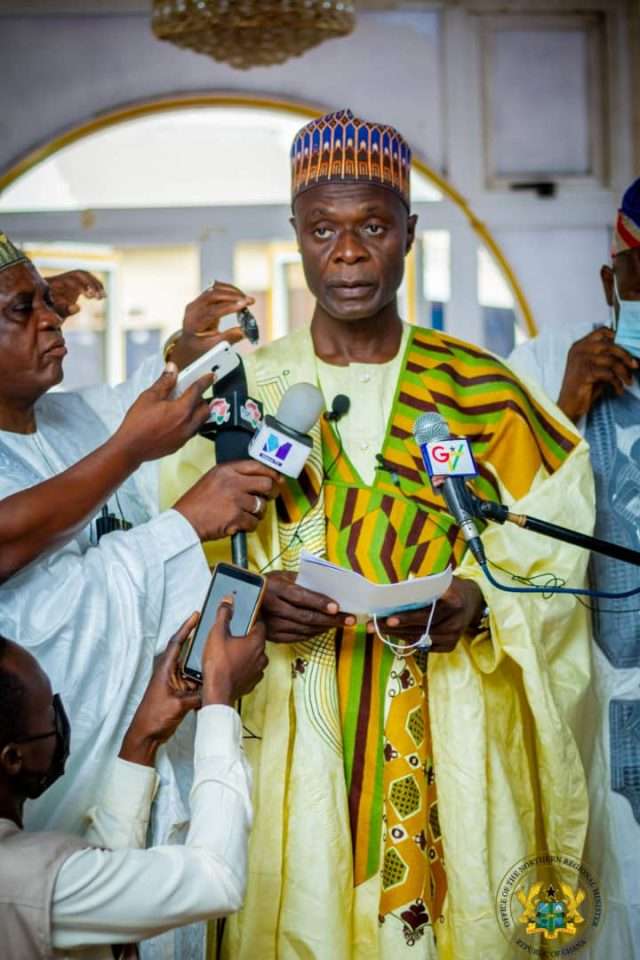 The Northern Regional Minister, Alhaji Shani Alhassan Shaibu has advised the Muslim community to uphold the basic tenets of the Islamic religion to build peace and harmony in Ghana. He believes togetherness is important to make the country a much better place for peaceful coexistence and development to thrive.

In the wake of some Muslim students denied their fundamental right to worship at Wesley Girls School and the seeming media fracas between some Christians and Muslims in the country, the Minister further implored the Muslim Ummah (populace) to be self-discipline and care for one another.

He intimated that, “the greatest benefit I think is the lessons we can learn from Ramadan for the benefit of Society and Country, Ramadan offers Muslims the opportunity to get closer to our Maker spiritually, as we engage in more prayers especially during the last days.”

Alhaji Shani Alhassan Shaibu made these remarks when he addressed Muslim congregants at the Tamale Central Mosque when they converged to offer the Eid-ul Fitr prayers following the completion of 30-days fast last Wednesday.

“Brothers and Sisters in Islam, Ramadan is a period of a lot of sacrifice which entails abstinence from even things such as food that are ordinarily lawful to mankind. All of these hopefully, have lifted Muslims spiritually and physically.

The critical one is the need to sacrifice not only for ourselves but for the good of the needy, the poor and the society” he maintained.

Meanwhile, President Nana Akufo-Addo commenting on the melee for the first time seized the Islamic festival to call for peace whilst the government dialogue with all stakeholders to bring finality to the matter. He said the educational institutions cannot be used as grounds to settle ideological and religious scores in the country.

According to him, the schools are the first place for young Ghanaians to learn more to coexist with others, tolerate their religious beliefs and difference and divergent cultures.