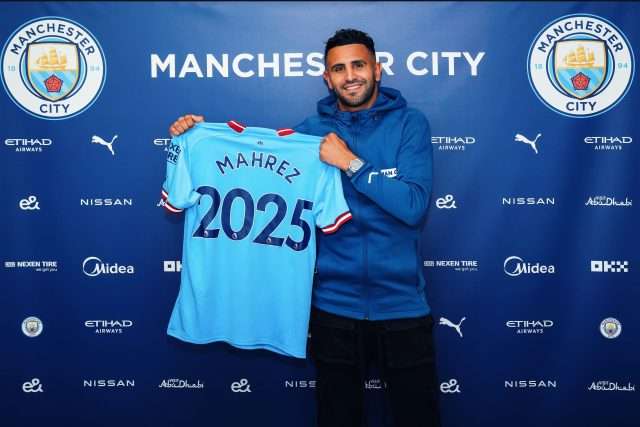 Riyad Mahrez has responded to comments about using a broken iPhone on Twitter.

The Manchester City attacker posed for a photo with his iPhone as he was going on board the plane for their pre-season tour in the US.

He posted this on his Twitter handle and some commented by saying he is a millionaire to be holding a broken phone.

However, the Algerian Star has signed a new two-year contract extension with Manchester City, penning a deal which will see the 31-year-old remain at the Club until June 2025.

The Algerian winger has become one of the integral figures in Pep Guardiola’s squad since joining us from Leicester City in the summer of 2018.

To date, he has made 189 appearances for the Club, scoring 63 goals and contributing 45 assists.

This Is The Month Of Breast Sucking – Health Expert Advises