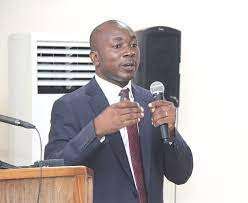 If you ever thought the incumbent government was a listening one, then economist Professor Godfred Alufar Bokpin beg to differ.

For him, the Akufo–Addo administration has been indifferent to heeding any advice that stakeholders have suggested.

Prof Bokpin said this when contributing to Ghana–IMF talks on JoyNews’ Newsfile on Saturday.

According to him, Ghana’s economic crisis is due to the government’s unwillingness to admit that it has mismanaged the economy and needs help.

“If you check all that we have said from last year to date, you’ll see that there was no theory. In fact, the theory gives grounding and the predictive framework we get. We are in this because the government failed to listen.

Official negotiations between the government and the International Monetary Fund (IMF) for an economic programme are expected to take off from Monday, September 26, 2022.

The IMF mission is coming to Accra after a request was made by the government for an economic programme to help support Ghana’s balance of payment.

This is coming on the back of previous engagements and discussions with the IMF to try and understand the current challenges facing Ghana’s economy.

The IMF team was earlier in Ghana to pick up what has been described as an “economic data gathering exercise”.

This is expected to influence the Fund’s proposal to government on moves to turn around the economy.

According to him, previous support from the IMF have failed to achieve its intended expectations.

He maintains that any support from the Bretton Wood institution will do very little in current times.