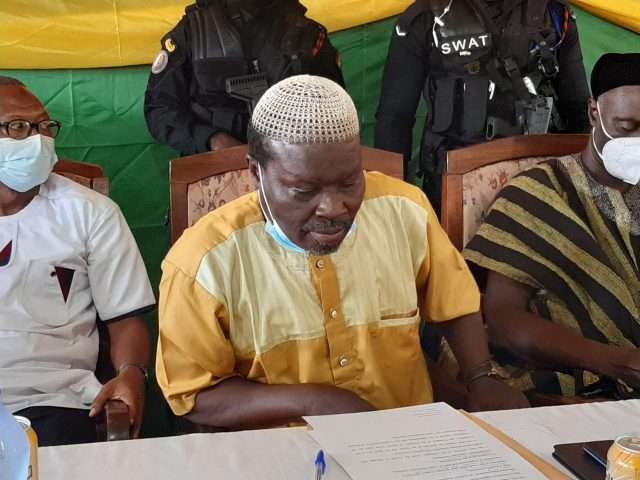 Alhaji Ahmed Yussuf Abubakar, has failed to meet the 2/3 threshold to be appointed the Yendi Municipal Chief Executive in the northern region. The nominee had 21 votes out of a total 41 vote cast representing 51 percent.

However, Director of Electoral Commission in the Northern Region, Mr Lucas Yiryil, who announced the results, said the disappointed nominee is qualified for reelection in ten days time.

This is the first confirmation exercise conducted in the northern region.

The Northern Regional Minister, Alhaji Shani Alhassan Shaibu, before commencement of voting appealed to the assembly members to confirm the nominee in order for the numerous government initiatives in the municipality to continue unabated.

Meanwhile, the President’s nominee for the Gushegu municipality, Yaja Dawuni Robert is expected to be confirmed today Friday (24 September, 2021).

Let’s Set Up Pension For All Farmers – Annoh-Dompreh

Admin - November 19, 2021 0
The Board Chairman of the Ghana Integrated Iron and Steel Development Corporation (GIISDEC), Farouk Aliu Mahama, has announced plans to construct an...