Home News You Approved Ofori-Atta When You Knew All of These – Gyampo Questions...
Share
WhatsApp
Facebook
Print
Email
Copy URL 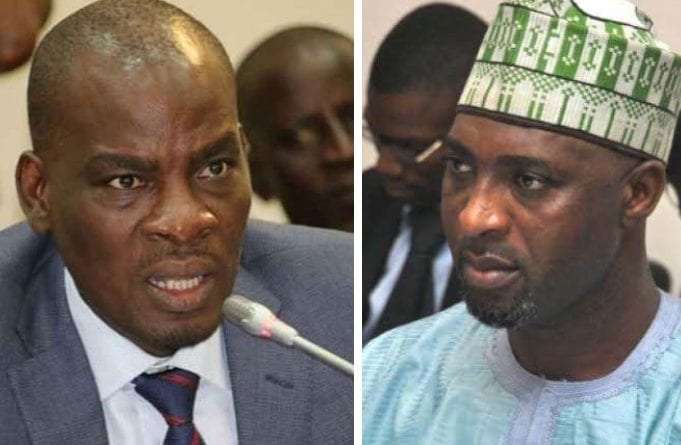 The National Democratic Congress (NDC) Members of Parliament who are seeking to impeach the Finance Minister knew all the problems about Mr Ofori-Atta yet they approved his nomination, a Professor at the University of Ghana Ransford Gyampo has said.

Prof Gyampo questioned the motive of the NDC lawmakers who are seeking to impeach the Finance Minister on the basis of his fallings.

“You have seen this before, you said all these about Ofori-Atta, during vetting they raised these issues yet they passed him. The majority side were always going to support but the Minority foisted him on us.

“They had all the right to deny him but they did not. They knew these yet, approved the nomination of the Finance Minister

“When Ofori-Atta appeared before them, I don’t know whether you saw their composure, they were quiet, they gave him the chance, they said they are not going to support yet they voted for him. They said Hawa Koomson, Kojo Oppong Nkrumah, Agri cMinister won’t be approved yet they passed them.”

The Minority in Parliament has filed a motion for the removal of the Finance Minister Ken Ofori-Atta.

The motion was filed by Asawase Member of Parliament Muntaka Mubarak and dated October 24, 2022.

The opposition lawmakers believe the Finance Minister has failed in managing the economy.

In tweet, North Tongu Member of Parliament Samuel Okudzeto Ablakwa said ” In compliance with Article 82 of the 1992 Constitution of Ghana, the NDC Caucus in Parliament has successfully filed a motion for his immediate removal.

“We’re glad there’s positive indication some of our NPP colleagues will support us.”

Fomena MP To Do Business With NPP Caucus