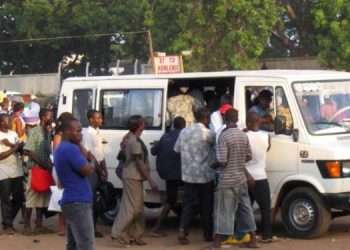 The Ghana Statistical Service has revealed that about 1.1 million males 15 years and older who were employed in the first quarter of 2022, subsequently became either unemployed (429,607) or out of the labour force (716,030) in the second quarter.

A statement from GSS indicated that in percentage terms, 9.4% of employed males in the first quarter were unemployed in the second quarter, with an additional 15.7% outside of the labour force.


These statistics generated from the 2022 Annual Household Income and Expenditure Survey (AHIES) were released for International Men’s Day, which is being commemorated this year under the theme “Helping Men and Boys”.

Data from the 2021 Population and Housing Census further indicates that 3,335,604 males 15 and older are not literate i.e. cannot read and write with understanding in any language with almost half a million (459,110) boys 4 to 14 years currently not attending school months preceding Census Night i.e. April to June 2021.

The Savannah (42.7%) and North East (41.3%) regions have the highest proportion of males not using ICT, with figures about twice the national average.

The available AHIES 2022 Q1 and Q2 Reports on the Labour Force, Food Insecurity and Multidimensional Poverty can be downloaded from www.statsghana.gov.gh.

Abena Korkor And I Took Pictures At Public Events, Nothing More – Stephen Appiah