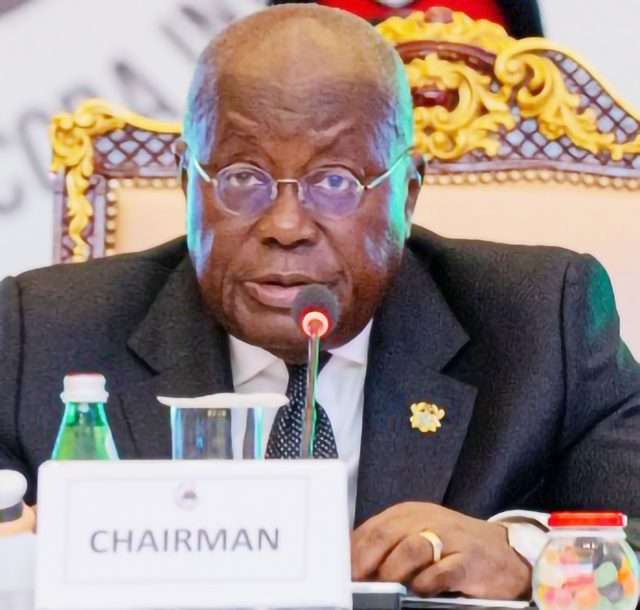 President Nana Addo Dankwa Akufo-Addo has called on West African leaders to put in place the necessary security measures to stop the growing incidence of terrorism in the sub-Region.

No country, he stressed, is safe unless all terror activities are vigorously tackled and brought to an end.

President Akufo-Addo made the call yesterday at the opening of the Heads of State meeting of the ‘Accra Initiative’.

The Accra Initiative is a meeting of seven West African countries in Accra to discuss ways of preventing the spillover of terrorism from the Sahel region.

Over the years, West Africa has dealt with chronic instability caused by political crises and cross-border terrorism.

Mali and Niger were admitted as observers before becoming members in 2019.

Islamist militants have gradually spread their activities from Niger to Burkina Faso and Mali to West Africa’s coastal states.

The Initiative promotes information sharing, training of security and intelligence personnel, and cross-border military operations in an often-volatile region.

President Akufo-Addo noted that terror activities in the sub-region are gradually weakening the democracy of affected countries.

“I say nothing new when I say that West Africa continues to suffer from the scourge of terrorism and violent extremism spreading rapidly across the region.

“Indeed as recent events continue to ravage the Sahelian countries of West Africa, epicentres of terrorism, we continue to watch in angst how activities of terrorist groups have resulted in the unfortunate disregard of the national sovereignty and territorial integrity of our states, the painful deterioration of the strength of our democracies and the wanton displacement of the masses of our people”, he added.

In 2018 and 2019, member countries conducted joint military operations on their borders which resulted in the arrests of about 700 suspected terrorists and gang members, and the seizure of homemade weapons.

Since then, the threat of jihadist groups has only grown.

Ghana’s Minister for National Security Mr. Albert Kan-Dapaah revealed that between July 1st and September 30th of this year alone, there were 264 recorded terrorist attacks in West Africa, resulting in 745 deaths.

He has therefore called on member states and the international community to continue the dialogue to come up with a more proactive approach to fighting terrorism.

Meanwhile, President Akufo-Addo has indicated that his administration intends to strengthen its cooperation with the European Union (EU) in order to fight head-on, the security threat posed by the activities of terrorists in the West African region.

The menace, he pointed out, is threatening to spill over from her northern and western neighbours Burkina Faso and Ivory Coast respectively into her shores.

President Akufo-Addo announced this when he held bilateral talks with the European Council President, Charles Michel, at the Jubilee House on Monday.

President Michel is in Ghana for a security summit, dubbed, “the Accra Initiative”.

“Today the epicentre of terrorists’ activities is Burkina Faso, who is our northern neighbour. Even [Ivory Coast] who is our western neighbour has also been a subject of these terrorists’ attacks. So far, touchwood, Ghana has escaped but for how long can Ghana escape.

“I don’t think it can be very long, we have therefore to make the adequate preparation to see to what extent we can forestall it and ultimately, the most important, to find a way to actually bring an end to the terrorists’ menace in West Africa.

“It is not going to be easy but that has to be our goal. Just as they (terrorists) were defeated in the Middle East, we have to do the same here in Ghana,” President Akufo-Addo added.

Michel, on his part indicated that the Council is committed to supporting all the efforts of West African leaders aimed at eliminating terrorism and its related activities from the region.

He also noted that the European Council and for that matter the European Union looks forward to strengthening economic ties with Ghana and the rest of West Africa amidst the current global economic downturn.

We have plans to revive the economy – Finance Minister