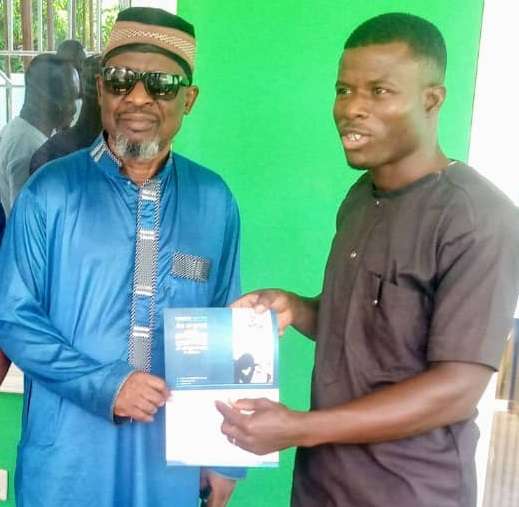 The Ghana Non-Communicable Disease Alliance (GhNCDA) has called on Members of Parliament (MPs) of both governing New Patriotic Party and the opposition National Democratic Congress to support the adoption and passage of the National Alcohol Policy.

Accordingly, volunteers of the Ghana Non-Communicable Disease Alliance have been meeting with lawmakers of the two main political parties in the northern region as part of a nationwide campaign to solicit their support for the passage of the policy when it is eventually presented to parliament.

The Acting Northern Regional Coordinator of GhNCDA, Mr. Issahaku Ahamed, presented a policy brief document containing findings of a study conducted from the Greater Accra and Upper West Regions and recommendations therein to the Sagnarigu and Savelugu MPs.

He said the group is also scheduled to meet the MPs for Yendi, Tolon, Mion and Tamale North Constituencies to share the document and interact with them so that they can also add their valuable voices to the call for a quick completion of the alcohol regulation.

According to the report, the prevalence of alcohol usage among teenagers in Ghana is 11 percent and it is concentrated among male teenagers. The report revealed that children and the youth are exposed to alcohol through advertisement in the media, visible sales outlets in the communities and relatives who have made consumption of alcohol a habit.

The eight key findings also show that Alcohol Use Disorder (AUD) and alcohol dependence in Ghana are relatively higher than the average in the World Health Organization African region.

Mr. Ahamed expressed worry that nearly 40% of the respondents were ignorant of the negative consequences of alcohol.

The lawmakers on their part pledged to support the passage of the legislative instrument when it is finally submitted to the House.

The Coordinator however told THE CUSTODIAN that as a matter of urgency, the government should finalise and adopt a legislative instrument that will give legal backing to administrative directives and guidelines in regulating alcohol in Ghana.

He added the government should also prioritise the effective implementation and enforcement of the National Alcohol Policy to among other things help improve Ghana’s ratings on the WHO standards and conventions on alcohol as well as creating a coordinating unit within the Foods and Drugs Authority to effectively monitor and ensure adherence to the NAP.

The advocacy group has also recommended that the Ghana Health Service in partnership with relevant CSOs and NGOs should intensify public education and sensitization on the deleterious effects of alcohol intake.

Meanwhile, more than 200 diseases, injuries and other health conditions including domestic violence and road traffic accidents are attributed to alcohol consumption.

According to the World Health Organization (WHO), alcohol consumption contributes to 3 million deaths each year globally as well as to the disabilities and poor health of millions of people- many of them living in low and middle-income countries, like Ghana.