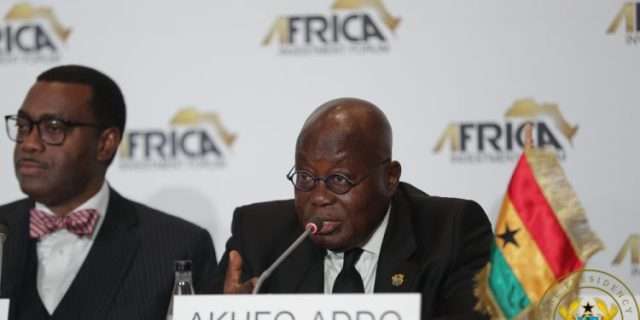 President Nana Akufo-Addo has underscored the importance of cooperation on the continent to counter-terrorism efforts in Africa.

Speaking as the chair during the UN Security Council Meeting today, the President also noted the importance of a pre-emptive approach to counterterrorism and “building of resilience in conflict-prone regions.”

These include interventions to promote inclusive governance “in order to meet the expectations of our largely youthful populations.”

President Akufo-Addo also urged the global community to also utilise the African Union in counter-terrorism efforts on the continent.

“It is important we leverage the role of the African Union and its regional economic communities in raising a robust and resourced force to confront the terrorists and other armed groups, alongside other peace operation initiatives.”

He added that a strong collaboration between the United Nations, African Union and Regional communities will help “address the question of adequate, predictable and sustainable financing for regional-led operations.”

He also reiterated calls for the reform of the UN Security Council and the African Common Position on UN Reform, based on the Ezulwini Consensus.

The debate with Heads of State and Government is entitled “Counter-terrorism in Africa: an imperative for peace, security and development”, under the agenda item “Threats to international peace and security”.

The high-level debate sought to focus attention on ongoing counter-terrorism measures in Africa and how best the Security Council could support such efforts, including through adequate, predictable and sustainable financing.

The debate also looked at how the Security Council could work with regional arrangements to address the terrorism menace.

Over the past two decades, the African continent has experienced an influx of terrorist groups, whose ultimate aim is to take advantage of the security vacuum in territories with inadequate State authority to establish their own presence.

Their presence has been witnessed in places such as the Sahel, Lake Chad basin, north-east Nigeria, northern Mozambique, eastern Democratic Republic of the Congo and Somalia.

Of the 7,000 terrorist-related deaths recorded in 2021, close to half of the deaths have occurred in Africa, according to the 2022 Global Terrorism Index report.