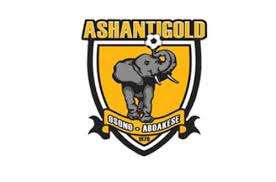 Chairman and bankroller of Ghana Premier League side, Ashantigold, Dr. Kwaku Frimpong, also known as Champion, has been handed a 10-year ban from all football related activities and fined Ghs 100,000 for his involvement in match manipulation.

His son, Emmanuel Frimpong has also been implicated in this scandal and he has received 96 months ban from football plus a fine of Gh50,000.

In addition to this, both Ashanti Gold S.C and Inter Allies have been demoted to the Division Two League from the Ghana Premier League.

The Ghana Football Association’s Disciplinary Committee decision relates to a Ghana Premier League game played at the end of the 2020/2021 season when Ashantigold beat Inter Allies by 7-0.

An Inter Allies player, Hashmin Musah, scored two own goals and later admitted his action was to spoil a bet placed on the said game.

The prosecution found that Dr. Kwaku Frimpong had collaborated with one Nii Amoah, an official of Inter Allies to fix the game for a correct scoreline of 5-1.

In return, Frimpong paid Nii Amoah Ghs 10,000, based on mobile money records obtained by the prosecution.

Frimpong’s ban is  part of the wider ruling from the GFA’s Disciplinary Committee, which also demoted Ashantigold to Ghana’s Division Two, and banned the club’s head coach and several other players for various years.

Tanzania President: I Had To Overcome Mistrust Of My People As A Female Leader

Admin - June 17, 2021 0
Five top-notch Paramount Chiefs and one divisional chief in Dagbon on Tuesday (15 June, 2021) were sworn in as members of the Northern Region...
General News

Severe head injuries one of the major causes of deaths in...

Admin - March 17, 2022 0
Severe head injuries are one of the most prominent causes of deaths in Tamale in the northern region as a result of road traffic...
General News

Not even COVID-19 deaths near road accident fatalities – Road Safety...

Admin - September 17, 2020 0
Director General of the National Road Safety Authority, Mrs. May Obiri Yeboah has made a clarion call to Journalists and media organizations in Ghana...
General News

Admin - August 25, 2021 0
The Coordinator of Zongo and Inner-Cities Development Secretariat (ZICDS) under the Office of the President, Mr Ben Abdallah Banda has stated that education is...
Business

Admin - April 7, 2021 0
The Fisheries Commission has announced that it is investigating the cause of death of fishes washed ashore the Osu Castle Beach. A statement signed and...
General News