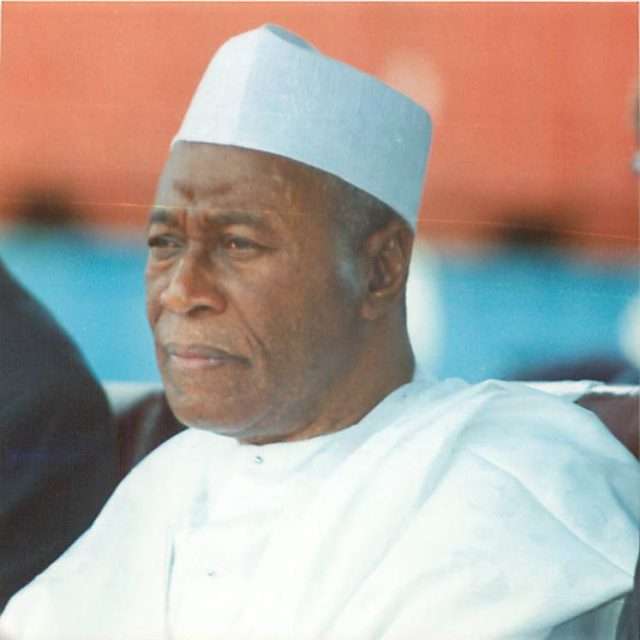 Business mogul Asuma Banda has denied his son Fadel Asuma Banda access to him, describing him as disrespectful.

The former member of the Council of State bemoaned his son’s lack of respect for him, saying that no matter how disrespectful a person is, it should not be extended to one’s parents.

According to him, unlike his son, he showed the utmost respect to his father, serving him with honour. This, he said, earned him his father’s blessings which has lead to his success in life.

Narrating some of the services rendered to his father, Alhaji Banda said as a young man, he would fetch water for his father, hold it for him to wash his hands and do same when his father is done eating.

The founder and owner of Antrak Air said this and being subservient to his parents account for his success because they were well pleased with him.

Last Wednesday, Fadel Asuma Banda in the company of some men were arrested by the Airport Police after they forcibly broke into his father’s Airport Residential home.

He was arrested with two other accomplices, Aliu Bello, 28, and Suleman Mohammed, 36, who stormed the home of the renowned entrepreneur and philanthropist.

In a video sighted by MyJoyOnline, Fadel, in the company of about 20 men was seen breaking into the house by smashing a concrete block through the main gate of the building.

Although the group gained access to the compound, they were unable to enter the main house.

According to some unconfirmed reports, UK-born Fadel has been denied access to his father on a number of occasions by his step-mother, Edwina Baaba Banda.

Fadel, who is said to have returned to Ghana to try and resolve the issues with his father, complained of not being able to see him and was given the excuse that his father was unwell and not in the position to receive visitors.

But Mr Asuma Banda simply said he doesn’t want to his son anywhere around him.

Admin - June 3, 2022 0
The Dagbon Youth Association, DAYA, Congress has been scheduled for tomorrow Saturday (June 4, 2022) in Tamale in the northern region. The Congress would...
General News

Special Prosecutor Freezes All Assets Of The Late Sir John

Selasi Aklotsoe - June 2, 2022 0
The Office of the Special Prosecutor (OSP) has frozen all assets of the late CEO of the Forestry Commission, Kwadwo Owusu Afriyie aka Sir...
General News

Mahama begins ‘Thank You Tour’ of Upper East Region after 2020...

Admin - August 17, 2021 0
Former President John Dramani Mahama arrived in the Upper East Region on Monday to begin a day's ‘Thank You Tour’ of the region. The former...
General News

Admin - May 11, 2020 0
The Executive Director of the Savannah Women Integrated Development Agency (SWIDA), an NGO based in the northern region, Hajia Alima Sagito Sa-eed has distributed...
General News

Admin - May 19, 2020 0
Major (Rtd) Kwadwo Boakye-Djan has been questioned by officials of the Criminal Investigations Department of the Ghana Police Service at his residence on Tuesday,...