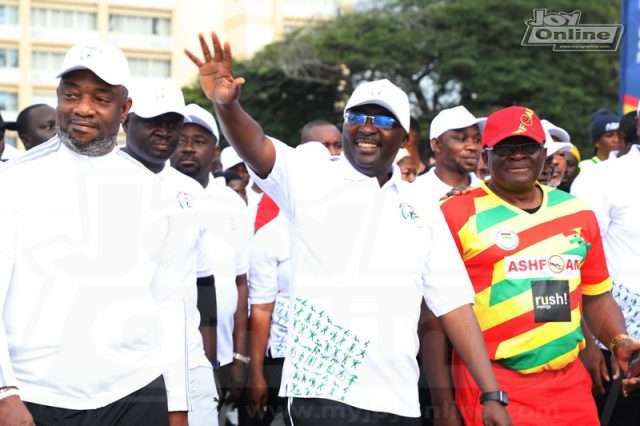 Vice President Dr Mahamudu Bawumia, the Ga Mantse, Nii Tackie Teiko Tsuru II and a host of others on Saturday joined the maiden edition of the National Fitness Day at the Accra Sports Stadium.

The program, which was opened by the Vice President, saw participants walking briskly through Ministries to the Independence Square and finally, the stadium.

At the stadium, participants were taken through some aerobics and other exercises.

The event, which was launched in August 2022, by the Ministry of Youth and Sports is to promote regular exercise and fitness among Ghanaians.

National Fitness Day will be observed on the second Saturday of every month across the country, with a national version, rotating in regional capitals.

Various fitness clubs and national team supporters including cyclists were invited to take part in the event.