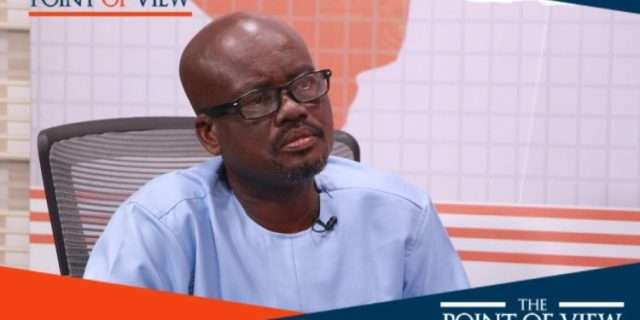 The Vehicle and Assets Dealers Union of Ghana has disclosed that plans are underway to embark on a demonstration against the government’s decision to slap a 35% penalty on imported used vehicles which are between one and five years old.

The Customs (Amendment) Act 2020, Act 1014, intends to discourage the importation of second-hand vehicles and encourage the assembling of automobiles in the country.

This has been met with utter dismay by the car dealers, who argue that the government is choosing vehicle manufacturing and assembling companies over them.

Following several failed attempts to negotiate with the government, Deputy General Secretary of the dealers, Clifford Ansu, disclosed they will soon protest against this development.

“This is not a constitutional provision where you can tell us that we need to do a referendum before it can be amended. This is an executive instrument and was done in Parliament. The only thing you need to do is go to Parliament with the law in addition to a certificate of urgency, move the motion for someone to second, then it’s done. So why do we rather have to take the initiative to do the amendment?” he questioned.

Mr. Ansu continued, “We are not happy with it and we’re preparing ourselves for a massive demonstration to kick against this particular policy. The government is not willing to understand us so we will demonstrate. We are not against the establishment of factories in Ghana. Our position is that the clauses in the Act must be removed so we can be free to operate and they [the assemblers]also can be free with their operation.”

The Customs (Amendment) Act 2020 was enacted to amend the Customs Act 2015, Act 891 to provide incentives for automotive manufacturers and assemblers registered under the Ghana Automotive Manufacturing Development Program (GAMDP), provide import exemptions for security agencies and officers of the security agencies as well as related matters.

The Act also places a ban on salvage cars and second-hand cars of not more than ten years old.

According to government, the move is aimed at making Ghana the hub for Automotive Industry in the West African sub-region.

But this development, unfortunately, threatens the businesses of the dealers who are already paying high duties on such vehicles.

According to Clifford Ansu, with existing 10% on some vehicles, his outfit receives complaints over how those who import these vehicles could recoup their investment as banks hardly give loans to purchase a vehicle which is over five years.

The Vehicle and Assets Dealers Union of Ghana is hence asking government to allow importation of used cars to help those who do not have money to purchase new ones being assembled in the country.