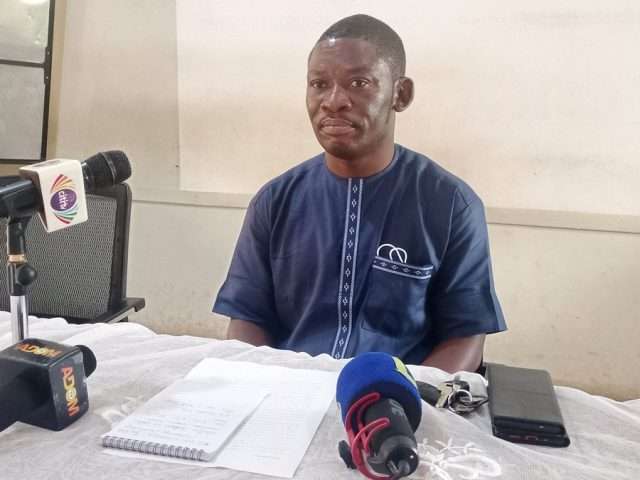 By the end of the campaign, the GHS is targeting to vaccinate a minimum number of 400,000 children in the region.

The Deputy Northern Regional Director in charge of Public Health, Dr Hilarious Abiwu at a press briefing on Wednesday (August 31, 2022) said the target is children under five years of age who are at high risk of contracting the viral disease.

He revealed a child has been diagnosed of polio in the North Gonja district of the Savannah Region.

“For this particular campaign the most vulnerable are the children under 5 because in our environment, you see these children easily playing along the drains and so they are at greater risk of being exposed to these viruses in the environment” he explained.

Dr Abiwu disclosed some symptoms of polio virus were detected in some children after a routine surveillance exercise carried out in parts of the Sagnarigu municipality and Koblimahagu community in the Tamale Metropolis.

“These are the sites where we pick samples regularly to the laboratory to test – so supposing we had additional sites, maybe in additional drains outside these sub districts or communities we may just find that these viruses are in the other areas but in two particularly sites which are our surveillance sites, every month we take samples and send to the lab” he said.

In terms of positive samples, the GHS Deputy Director intimated “What we do know is that as at today unless additional samples have been tested we had about 34 samples nationwide coming from Nugochi that are reported to have been tested positive because we have about 14 surveillance sites across the country and two are in the northern region.”

Meanwhile, the Ghana Health Service has said volunteers would be dispatched into the various communities after the polio vaccination campaign to vaccinate the children against malaria as well.

“Immediately after the polio campaign, the volunteers are going into the communities again to give tanti-malaria to the same children under 5 and once they are doing that they are going to reinforce the need to get our children vaccinated against polio and other diseases” Dr Abiwu stated.