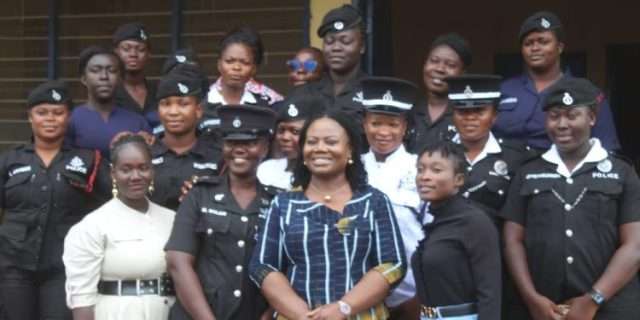 The Executive Director of the Economic and Organised Crime Office (EOCO), Mrs. Maame Yaa Tiwaa Addo-Dankwa has said her office has been working to retrieve misappropriated money captured in the Auditor General’s report.

The EOCO director was speaking at the office of the Savannah regional coordinating council as part of her working visit to the region.

Mrs. Tiwaa said it was part of their mandate to investigate and where possible retrieve monies lost as reported by the Auditor General.

COP Tiwaa said her outfit also investigates and prosecutes, on behalf of the Attorney General, people identified by the Auditor General to have committed offences.

“Where we need to investigate further, we will. Those we can recover for government, we will. These are ways we can work together for our mutual benefit.”

COP Tiwaa also a former director of the Criminal Investigation Department of the Ghana Police Service told female police to give out their best to justify more females to be taken into the service.

She said females currently make up 29% of the Ghana Police Service and said, if the females work hard enough, the service will have a reason to take more to meet the United Nations ratio of 40%.