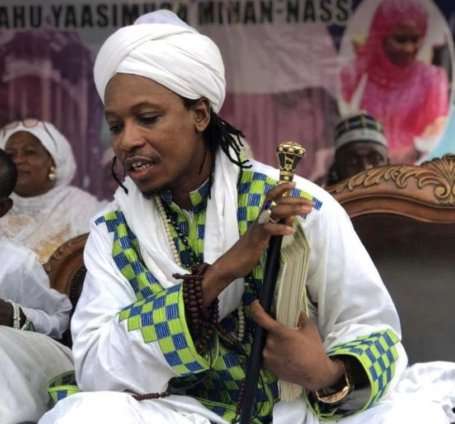 The Police in the Bono East region have started investigations to unravel circumstances leading to the killing of a top Islamic cleric, Sheikh Ali Ahmed Maikano.

The deceased was reportedly travelling to his home in Prang from Kajegu, where he was a guest speaker for an event but was shot by suspected highway robbers.

Narrating what happened, the Bono East Regional Commander, DCOP Asumadu Okyere-Darko said one Abdul-Mumuni came to them to lodge a complaint on Tuesday.

He told them that at about 7 pm that day, he was travelling on a motorbike with the popular son of the late Tijaniyya Cleric Ahmed Maikano Jallow of Prang when the unfortunate incident happened.

According to him, upon reaching the Abromase road, some unknown assailants shot at them.

He said Abdul-Mumuni told them he escaped and rushed to the police station.

“The police accompanied him to the scene, where we found the body of the victim with a gunshot wound on the right leg,” the Bono East Regional Commander, told Joy News’ Anass Sabit.

He said, “At that moment, he was dead. Some robberies had happened there before Mumuni and the victim also got there.”

The police say they have started an investigation into the matter and are asking the general public to be forthcoming with information to apprehend culprits.

Meanwhile, there have been several tributes pouring in since news of the death was announced.

Vice-President Mahamudu Bawumia described the deceased as a man of peace who worked for the unity of the Muslim community in the country.

Young Entrepreneurs To Get Massive Boost In 2022 Budget – Oppong Nkrumah

The CustodianGh Online - May 13, 2020 0
The Supreme Court has dismissed a suit challenging Martin Amidu’s eligibility to serve as Special Prosecutor. The decision was a 5-2 majority decision. The Supreme Court...
General News

The CustodianGh Online - April 4, 2020 0
The leaders of the major political parties in the country have commended the President Nana Addo Dankwa Akufo-Addo, for the measures he has put...
General News

Admin - March 18, 2021 0
Tanzania's President John Magufuli has died aged 61, the country's vice-president has announced. He died on Wednesday from heart complications at a hospital in Dar...
General News