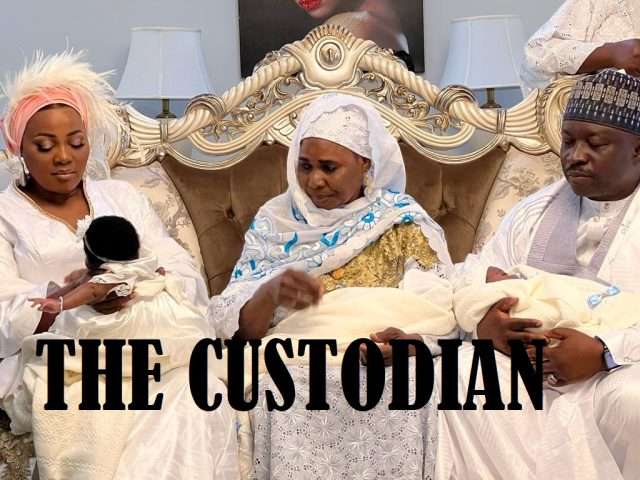 A Staffer at the Office of the President, Hajia Fathia Abdul-Aziz, has organized an Islamic naming ceremony to outdoor her three newly born babies in Tamale in the northern region.

The three beautiful looking babies – two boys and a girl were named; Zaakir, Shafihk and Hairia respectively on Saturday, November 5, 2022, at her private residence on the Tamale – Bolgatanga highway.

The momentous and colorful occasion was attended by hundreds of family members, friends and well-wishers from all walks of life traveled from far and near to celebrate the triple blessings with the young dynamic woman and her husband.

Some officials of the Jubilee House, namely; Captain Edmund Koda, Head of Security, Alhaji Mahmud, Deputy Director of Operations, Hajia Hamida Nuhu, Assistant Secretary to the President and National Security Operatives among others graced the occasion.

Other key dignitaries were the Minister of Youth and Sports who doubles as MP for Yagaba-Kubori, Mustapha Usif, Deputy Majority Chief Whip and MP for Tolon, Habib Iddrisu, Member of Parliament for Yendi and GIISDEC Board Chairman, Dr Farouk Aliu Mahama, Member of Parliament for Mion, Musah Abdul Aziz Ayaba, the Chief Executive for MASLOC, Hajia Abibata Shani Zakaria and Madam Gifty Oware, Deputy Executive Director for the NSS.

THE CUSTODIAN Online also notice the presence of dozens of NPP elders and some constituency executives especially the Executives, Electoral Area Coordinators, Polling Station Officers of the Savelugu constituency.

Madam Fathia in a very brief interaction with THE CUSTODIAN thanked Allah for the blessings bestowed on her and the family and prayed for glorious years ahead.

With her overwhelming looking face clouded with excitement and satisfaction, the Presidential Staffer did not mince words to express her gratitude to everyone who made time to celebrate the day she described as a “Special Day”.

She also offered a special prayer for the President, Nana Addo Dankwa Akufo-Addo, whom she described as a father for giving her the opportunity to serve him.