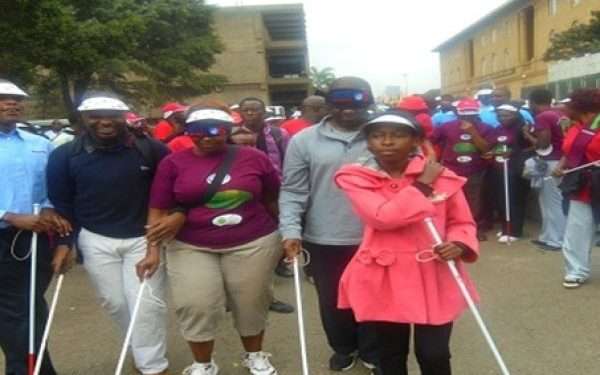 The Ghana Blind Union (GBU) has bemoaned the lack of white canes for persons with visual impairment, appealing to the government to as a matter of urgency come to the aid of its members.

The Executive Director of the union, Dr. Peter Obeng-Asamoah, complained that the majority of their members do not have access to white canes which aid their movement.

White Cane Safety Day was observed on October 15, 2022, with the theme, “The white cane, a tool for social inclusion”.

Speaking during a press conference in Accra on November 3, 2022, Dr. Peter Obeng-Asamaoh suggested that systems should be put in place to ensure that they are provided white canes on regular basis.

According to him, only about 30 percent of the estimated 230,000 visually impaired have access to white canes, a situation he described as worrying.

“This is not good, and it is not too much to ask the government to provide us with white canes. We should have a system that does that because the canes are basic mobility tools,” he indicated.

He said they want to be given the opportunity to contribute their quota to the development of the country.

“We are part of the social collective and we want to have the opportunity to contribute to our own development, that of the community and the nation at large,” he said.