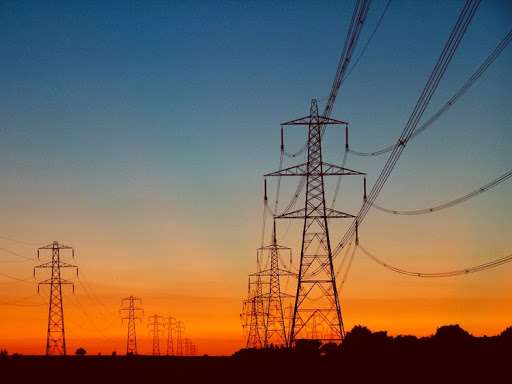 A UK-based Ghanaian Energy Expert in power generation, transmission and distribution, Ing. Peter Antwi Boasiako, has stated in his recent analysis posted on his facebook that, about 124MW power is lost out of 3,100MW power supplied on the transmission lines due to GRIDCo’s failure to install capacitor banks/Static Var Compensators (SVCs) at the substations for power factor correction, and this is costing Ghana more than $100 million in a year on transmission lines and in the distribution system.

According to Engineer Antwi Boasiako, gleaning from GRIDCo’s “2020 Electricity Supply Plan for Ghana Power System,” concedes that the transmission system has been performing poorly on the basis of transmission losses and voltage violations. That, the transmission loses in particular has been a consistent and recurrent challenge over the years.

The report further states that, “the transmission losses are occasioned by the consistent overload of the transmission lines and major ‘voltage violations in major substations’ due to the overaged and weak transmission infrastructure and the inadequate power factor correction equipment available to meet the demand requirements of the major load centers (of Accra, Kumasi, Tarkwa, etc.) particularly at peak demand.”

The engineer argues that, the GRIDCo’s failure to invest barely $10 million to installed/replace power factor correction (PFC) equipment at the substations has led to only 28 percent of capacitor banks installed for just 944MW load across the nation functional, as discovered in GRIDCo’s 2020 Electricity Supply Plan, and that costs Ghana $2.5m per month for 38MW of power not consumed but wasted on the gridlines.

The Power Expert explains that, these Substation PFC/SVCs equipment, are basically used to control voltage level on transmission lines and in distribution system, to reduce drastically or eliminate voltage drops associated with inductive reactance. “In other words, the Power Factor Correction equipment is a technology which when installed allows the consumers to enjoy quality energy with required Power System parameters such as voltage, current to effectively and safely operate their home appliances without damage to such appliances and accompanying replacement of such appliances due to breakdown.”

Reactive Power, essentially refers to the difference between the electricity supplied to customer and the electricity actually converted into useful power. What it also means is that, while the reactive power (kVar) does not consumed as true power (kW) or registered on the kilowatt hour meters, however the utility’s transmission and distribution network operators are bound to supply large power enough to cater for the total power demand, for both useful power and wasteful power (reactive power), which generates losses that GRIDCo needs to account for, thereby reducing their cash inflows and at the end, can impede transmission system expansion, – he added.

It’s worth noting that, that such reactive power aids the useful power to operate the consumer appliances but that power is not sold in some parts of the world including Ghana hence the need to control it at the substations in order to fully harness the useful power by the time it gets to the customer end.

He took just 3,100MW as maximum power supplied for hypothetical analysis, with only 264MW of power supplied (thus, 28 percent of 944MW) having functional capacitor banks/SVC installed across the nation, and for that, 38MW out of the 944MW being the wasteful power (power not sold but paid for at a cost of $2.5M per month for 38MW power loss) – from his analysis.

“Abstractly, it means that over 2,156MW (thus, 69.5 percent of 3,100MW) is the power transmitted to Ghanaians without any form of Power Factor Correction equipment installed across the nation, plus the 680MW (944MW – 264MW) with the dysfunctional capacitor banks installed. In total, over 2,845MW power supplied to Ghanaian consumers is without Power factor improvement on the transmission lines,” – Engineer Antwi Boasiako averred.

Plausibly, it can be considered also that about 124MW out of the 2,845MW will be the amount of wasted power across the power supply system per 3,100MW power consumed.

Now, if the 38MW unconsumed power costing Ghana $2.5M per month, it means then that 124MW wasted power will cost Ghana approximately $8.2 million per month. This also means that, in 12 months, Ghana loses $98.4 million and $492 million in five years, for wasted reactive power not consumed on transmission lines alone. This is a real money wasted due to uninstalled/dysfunctional capacitor banks – UK Energy Expert intimated.

The question is, whose responsibility is it to ensure that these substation equipment for power correction are installed and functioning to control the voltage level thereby reducing system losses?

The UK Energy Expert noted that, these inefficiencies are even worst when you come to the distribution system were the majority of the losses are deeply rooted due to the ECG’s inabilities to enforce any measures on the large consumers to also improve their power factor.

This beg the question again that, if the utility supplier themselves have failed to implement measures to improve their supply, can the sane utility suppliers encourage any consumer to also improve on their at the intake? – Engineer Antwi Boasiako asked.

He concluded his analysis by saying, “most often, the ordinary Citizen blame the Politicians for interference in state institutions, but the fact is, these avalanche of ineptitudes at the management of state owned entities, especially the institutions that are given the Authority to set and enforce innovative policies to enhance the systems, facilitates the need for politicians to take over the failures of the institutions and use them to serve their own whimsical parochial interest, to the detriment of the entire nation. We must demand performance and delivery from our civil servants and state owned enterprises.”

‘We foresaw the future 3 years ago and invested’ – Alhassan Andani