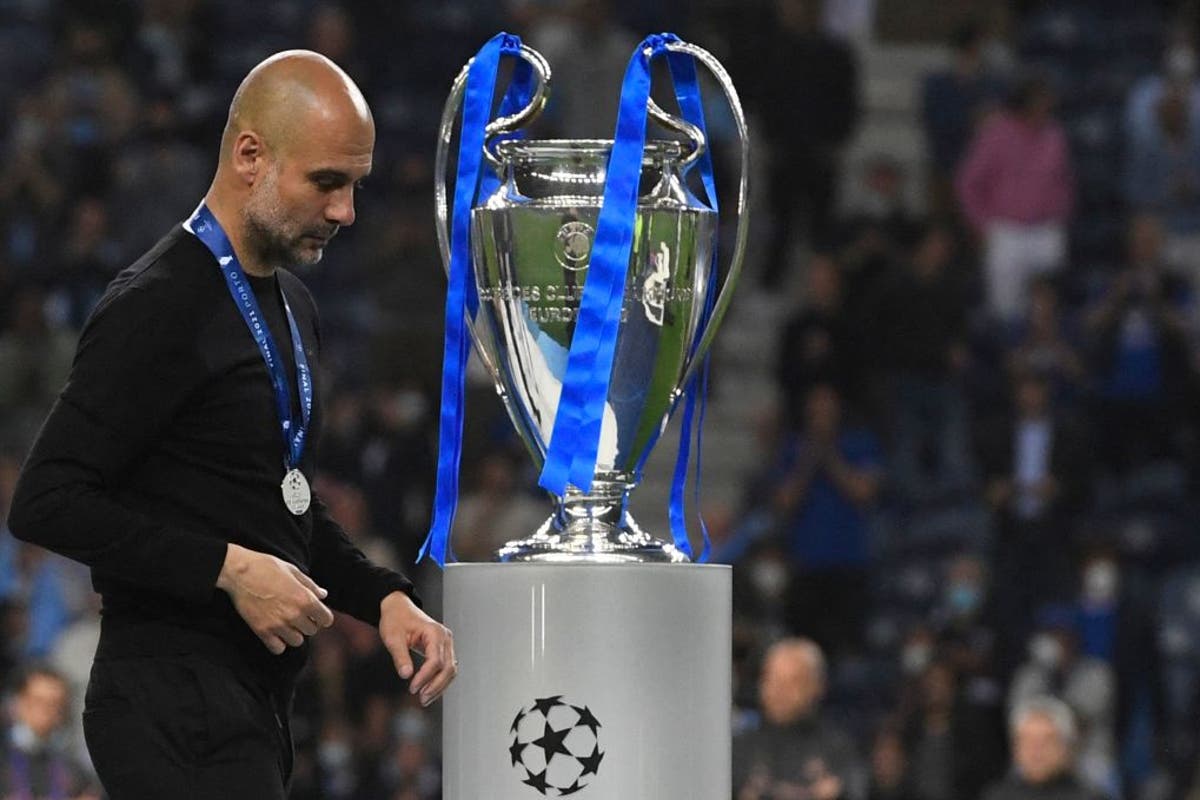 Pep Guardiola says that he was not hired by Manchester City with the sole purpose of winning the Champions League.

City were minutes away from reaching a second consecutive Champions League final as they had a 5-3 aggregate lead against Real Madrid in the semi-final on Wednesday.

But a late double by Rodrygo sent the tie into extra time before Karim Benzema converted a penalty to send the Spanish side through to the final.

City, who lost to Chelsea in the final last year, are determined to claim the European trophy – but Guardiola says his job does not depend on winning the competition.

“Last season, we lost the Champions League. It was 13 games. We won 11, drew one and lost one,” he told Sky Sports.

“They said they wanted to be competitors in all the competitions until the end, to be a team that for our fans is nice to watch and wins as many games as we can in all competitions. That is why they knocked on my door to come here. And we did it.

“There is no doubt, in all competitions, we did it. The people who play against us know, they are good. They run, they fight and they bring their opponent to the limit.

“This is when you become a solid club. A club you can rely on. For sponsors, fans, people who want to follow us when they switch on the TV and want to watch Man City. The honesty of these players and this team has been quite remarkable for many years.”

Despite their Champions League disappointment, City can still finish the season on a high.

They sit a point ahead of Liverpool in the Premier League with four matches left to play.

The reigning English champions can bounce back from the midweek defeat when they take on Newcastle at home on Sunday.

That game will be followed by trips to Wolves and West Ham before finishing off the season with a home game against Aston Villa.

Help Me Build Prosperous Ghana – Akufo-Addo To Council Of State

Selasi Aklotsoe - March 10, 2022 0
It has emerged that Roman Abramovich has been sanctioned by the United Kingdom Government and as such all his assets have been...
Lifestyle

Admin - July 27, 2020 0
Barcelona legend and coach of Qatari club Al Sadd Xavi Hernandez has tested positive for COVID-19.  It was the...