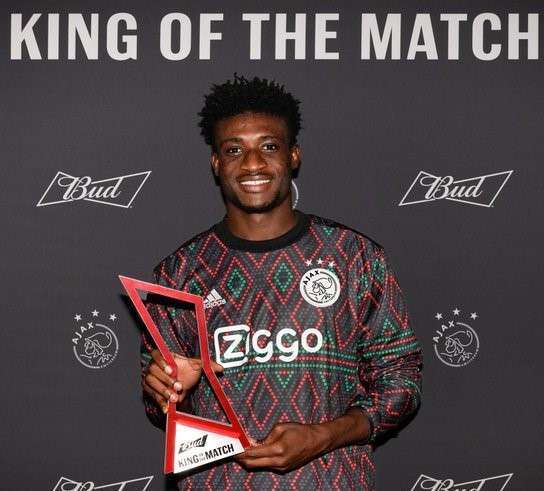 Ghana’s Mohammed Kudus earned his first league start of the season with Eredivisie giants Ajax and made it count by grabbing a brace in their 5 – 0 win over Heerenveen.

The brace means Kudus has now scored 4 goals in his last 3 matches for the club.

He grabbed his season opener against Cambuur before going on to score twice in the UEFA Champions league group game against Rangers.

He has now bagged back to back man of the match awards in the UCL and the Eredivisie after being relegated to the bench while making bit part appearances in the first four league games of the season.

His hot form comes on the back of a failed attempt to push through a transfer from Ajax to Everton on transfer deadline day.

I Had No Best Friend In Black Stars – Asamoah Gyan